October 1995
Sir Aurel Stein, the renowned British explorer/archaeologist, rests here in the shadow of Tepe Maranjan which figured so prominently during the First Anglo-War (1838-1842). He spent a life-time of pioneer work exploring the passage of Buddhism from India through Afghanistan and Central Asia to China. The inspiration for several major archaeological sites in China came from the Buddhist statues and monasteries in Bamiyan. Sir Aurel died in Kabul in October 1943 at the age of nearly 81. He had spent forty years trying to get permission to visit Afghanistan, but in vein. This makes his death just a day or two after his long dreamed of arrival in Kabul all the more poignant. He caught a chill while spending long hours riveted by displays in the Kabul Museum. 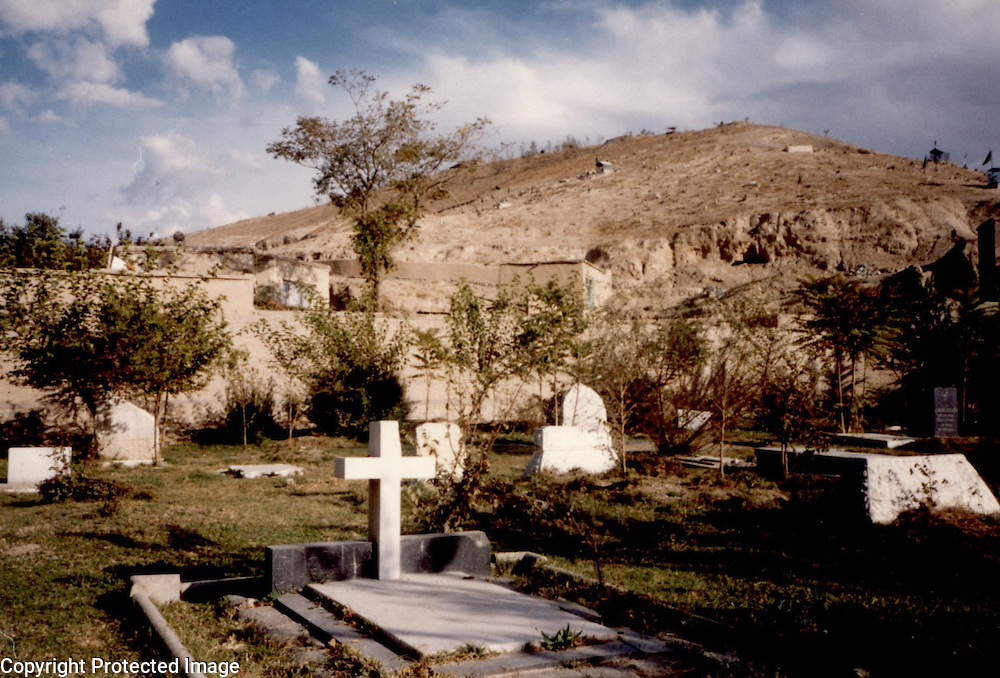