Antiquities of Samarkand. Madrasah of Nadir Divan-Begi. Main Entrance to the Madrasah

1868
This photograph of the Nadir Divan-Begi Madrasah in Samarkand (Uzbekistan) is from the archeological part of Turkestan Album. The six-volume photographic survey was produced in 1871-72 under the patronage of General Konstantin P. von Kaufman, the first governor-general (1867-82) of Turkestan, as the Russian Empire’s Central Asian territories were called. The album devotes special attention to Samarkand’s Islamic architectural heritage. Located next to the Khodzha Akhrar shrine, this madrasah (religious school) has elements that possibly date from a mosque established by the sage in the 15th century. The madrasah itself was built in 1631 by Nadir Divan-Begi, vizier and uncle of the Bukharan ruler Imam-Quli Khan. Designed as a rectangular courtyard enclosed by a one-story cloister for scholars, the madrasah also contained a mosque. As was common for religious monuments during this period, the main facade centers on an iwan (vaulted hall, walled on three sides, with one end open) arch covered with ceramic work. The walls on either side of the arch display ascending panels of faience mosaics with botanical figures in symmetrical arrangement. These panels are framed by tile bands in geometrical patterns. The larger surface within the arch niche is devoted to a major geometric pattern of intersecting lines formed by glazed tiles. The space within the lines is filled with intricate ceramic patterns. 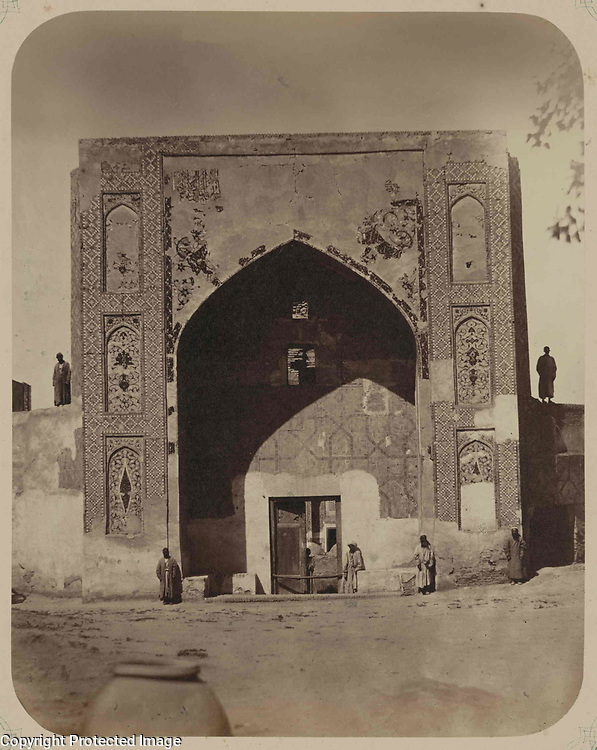