1998
The interior of the large Buddha niche was entirely covered with paintings that spoke of turbulent political changes. Bamiyan became a vassal satrap of the Persian Sassanian dynasty following the death of King Kanishka ca. 150 CE. Though faded and flaking, the row of stolid front-facing seated Buddhas opposite the left shoulder of the Buddha were typically Sassanian in style. As Kushan power gave way in the east to an invasion of Hephthalite nomads from Central Asia (ca. 425 CE), numbers of whom practiced Hinduism, a plethora of petty fiefdoms, some Buddhist, some Hindu, jockeyed for power throughout the former Kushan area.
Photo: Nancy Hatch Dupree 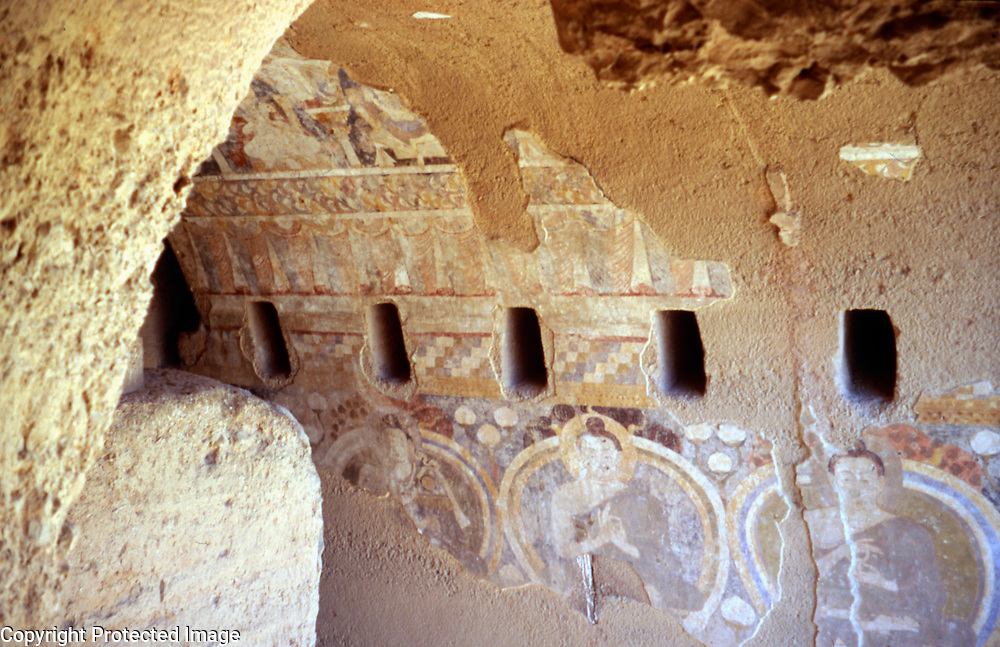