1842
The events of the First Anglo-Afghan war in the middle of the middle of the 19th century spelled the end for the Bala Hissar. Accusing Amir Dost Mohammad of dealing with the Russians in a manner considered to be hostile, a British army arrived in Kabul in August 1839 with the former Amir Shah Shujah in tow. Amir Dost Mohammad took refuge in Bokhara, but later, on 3 November 1841, returned to Kabul to surrender himself to the British envoy, who sent him to Calcutta as a prisoner of war. After the disastrous events of the First Anglo-Afghan war he was brought back to Kabul and reinstalled as Amir. The next 20 years were spent in trying to unify the country. He took Herat in May 1863, but died in June. He is buried at the shrine of Guzargah in Herat.
The sketch for this painting by James Rattray was drawn in Peshawar as the Amir passed through to Calcutta. With him is his youngest son. Copied from James Rattray, 1848.
Costumes of the various tribes...London. 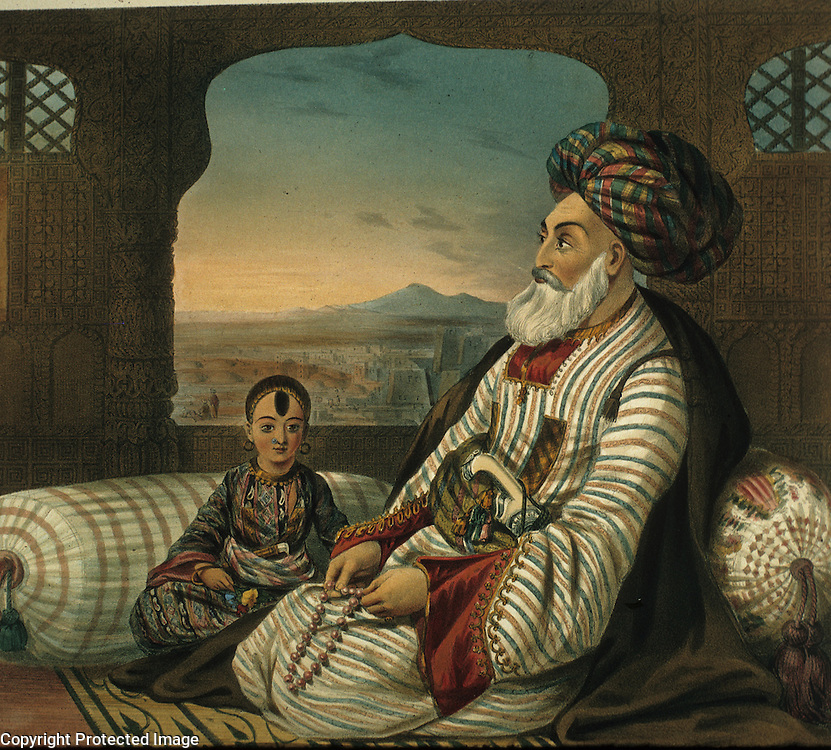