1920a
A charming oval building containing a mixture of architectural styles stood close to the machinkhana Amir Abdur Rahman had established a little after 1887. Called Koti Londoni, it was for long a cherished landmark in Kabul and is fondly remembered. It had a second story ringed by high open arches that contrasted with the more substantial brick arches on the ground floor. It was first used by Prince Nasrullah as an office connected with his work at the machinkhana seen here in the background. He furnished it in European fashions, exhibited bits of western technology, and entertained visiting dignitaries here, such as the Dane Mission in the winter of 1904. Later, during King Amanullah's time, it formed part of a School of Fine Arts and was active as an exhibition hall. It then served as the first radio station in 1928. Twice it was repaired after fires damaged it in the late 1920s and around 1934, but finally it fell victim to road builders when Asmai Wat was cut through in 1969 to relieve the pressure of traffic that had already started to become a vexing problem. Souvenir postcard printed in 1928. 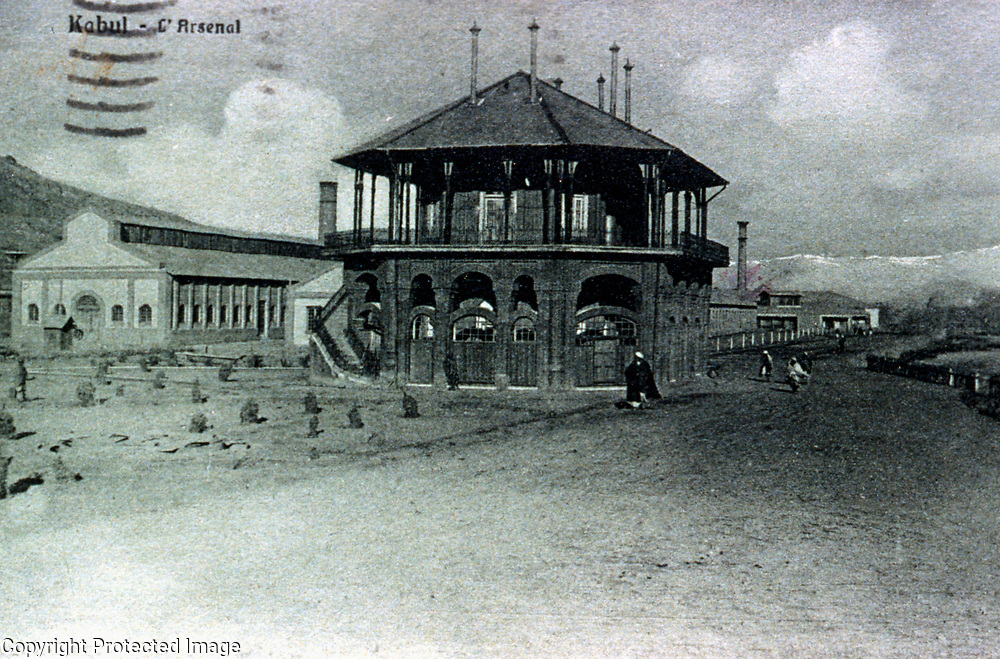