1865
This photograph of a detail of a ritual basin in the interior of the mausoleum of Khodzha Akhmed Iassavi in Yasi (present-day Turkestan, Kazakhstan) is from the archeological part of Turkestan Album. The six-volume photographic survey was produced in 1871-72 under the patronage of General Konstantin P. von Kaufman, the first governor-general (1867-82) of Turkestan, as the Russian Empire’s Central Asian territories were called. Yasi is associated with the Sufi mystic, Khodzha Akhmed Iassavi (1103-66), whose great reputation led Timur (Tamerlane) to construct a memorial shrine (khanaka) at his grave site. Built in 1396-98, the mausoleum displays features of Timurid architecture, then at its height in Samarkand. This view shows part of a large bronze ritual water basin, stated by an inscription on the basin to have been donated by Timur. The basin is elaborately decorated with botanical figures and Perso-Arabic inscriptions. At the top is the continuation of a band of Naskh script intertwined with a tendril pattern. Below this band are decorative bronze fittings and two more inscription bands, in block letters. On the curved surface at the bottom of the photograph is an arabesque figure. The height of the basin is about one meter. 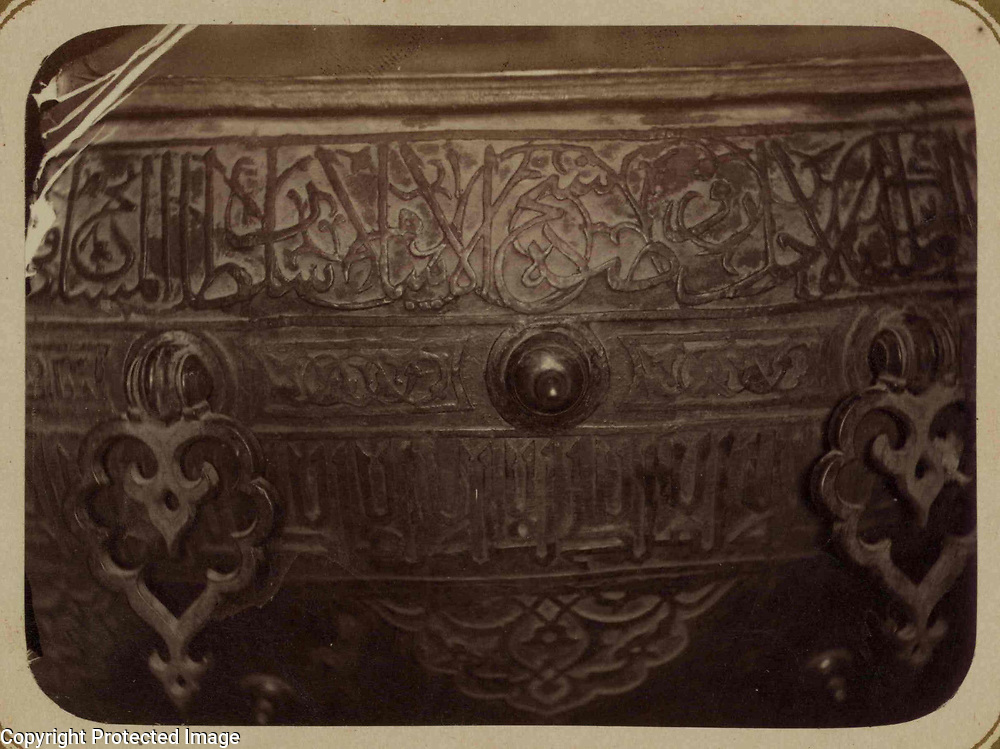