1981
The Dipankara Jataka, h. 83 cm, excavated by French archaeologists in 1937 at Shotarak, a large Buddhist monastery some 45 km. north of Kabul, dating from the latter part of the Kushano-Gandharan art period that reached it speak in the 2nd - 4th centuries C.E. During a night in December 1992 the Dipankara Jataka and one other massive schist bas relief disappeared, the first major objects ever to be looted from the museum. This lief relates to the time years before the Buddha appeared in this world, when a young Hindu ascetic threw flowers in the Buddha's path. Seeing the flowers rise to form a canopy above the Buddha's head, the young ascetic spread his hair under the Buddha's feet where upon the earlier Buddha predicted the young man would be reborn as the Buddha Gautama of this present era.
Photo: Louis Dupree from Museum Guide. 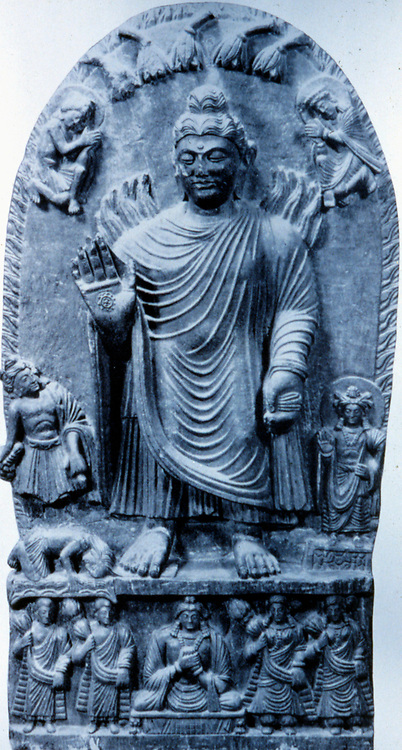