Sheaf of Reeds for Mats. Samarkand

1905
This is a winter view of a small river—apparently the Siab—near Samarkand. The caption refers to bundled reeds, or bulrushes, on a raft at the far side of the water. These reeds were used to make floor mats that were a practical part of house furnishings. In the background are what appear to be poplar trees. The photograph is blurred due to an alignment problem with the three negatives—perhaps due to a tilt of the camera. The image is by Russian photographer Sergei Mikhailovich Prokudin-Gorskii (1863–1944), who used a special color photography process to create a visual record of the Russian Empire in the early 20th century. Some of Prokudin-Gorskii’s photographs date from about 1905, but the bulk of his work is from between 1909 and 1915, when, with the support of Tsar Nicholas II and the Ministry of Transportation, he undertook extended trips through many different parts of the empire. In 1911 he made two trips to an area of Central Asia then known as Turkestan (present-day Uzbekistan and neighboring states), where he photographed architectural monuments, everyday scenes, landscapes, and local flora. 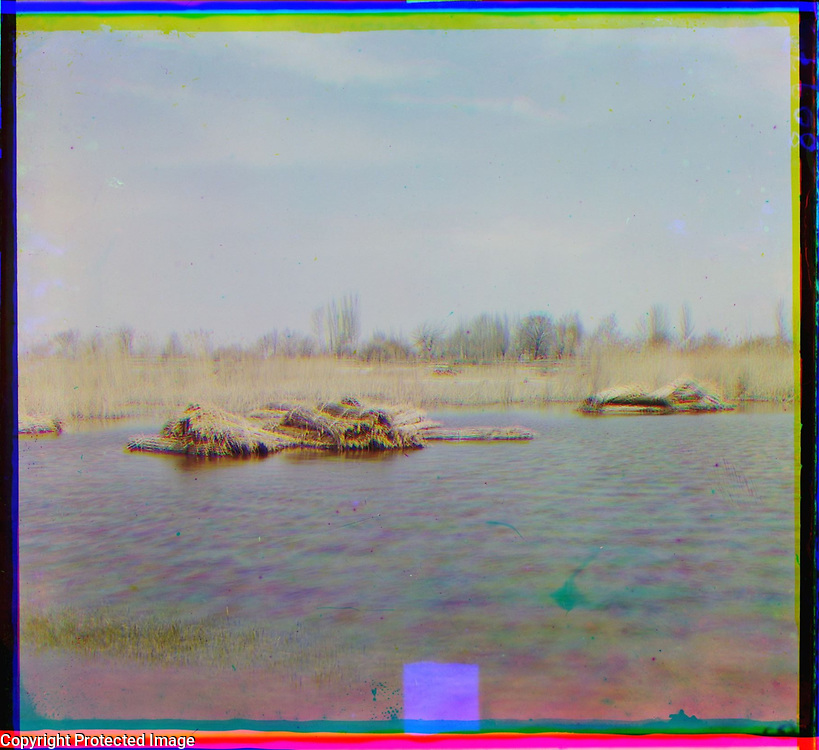