Kirka Sharif, the Shrine Where the Mantle of the Prophet is Preserved

1878
This photograph of the Kirka Sharif (Mosque of the Sacred Cloak) in Kandahar is from an album of rare historical photographs depicting people and places associated with the Second Anglo-Afghan War. The Kirka Sharif houses the mantle (cloak) said to have belonged to the Prophet Muhammad. It is one of the most-revered relics in the Islamic world, given to Aḥmad Shāh Durrānī (1722–72), ruler of the Durrani Empire (1747–1818) by the amir of Bukhara in about 1768. The interior of the mosque is ornately carved green marble from Helmand, with mirrored tiles and gilded detailing. Shown here is a courtyard and gravestone within the shrine. The walls are decorated with carvings of trees and other foliage, each design different from the next. A lone Afghan man sits on the steps leading to the inside of the mosque. The Second Anglo-Afghan War began in November 1878 when Great Britain, fearful of what it saw as growing Russian influence in Afghanistan, invaded the country from British India. The first phase of the war ended in May 1879 with the Treaty of Gandamak, which permitted the Afghans to maintain internal sovereignty but forced them to cede control over their foreign policy to the British. Fighting resumed in September 1879 after an anti-British uprising in Kabul, and finally concluded in September 1880 with the decisive Battle of Kandahar. The album includes portraits of British and Afghan leaders and military personnel, portraits of ordinary Afghan people, and depictions of British military camps and activities, structures, landscapes, and cities and towns. The sites shown are all located within the borders of present-day Afghanistan or Pakistan (a part of British India at the time). About a third of the photographs were taken by John Burke (circa 1843–1900), another third by Sir Benjamin Simpson (1831–1923), and the remainder by several other photographers. Some of the photographs are unattributed. The album possibly was compiled... 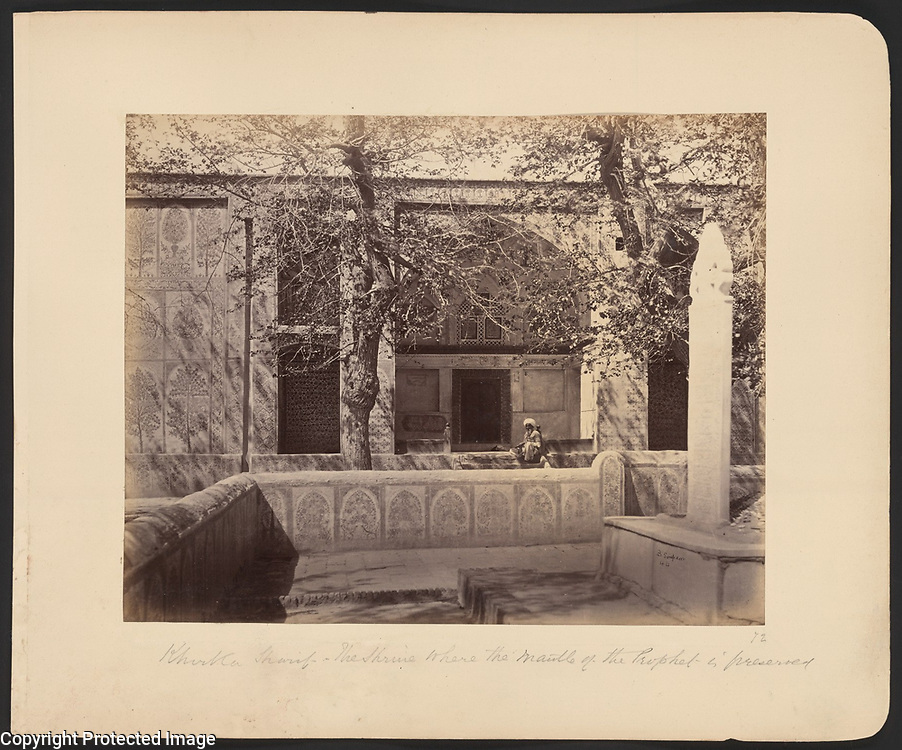