1905
Among the primary initiators of Russian development projects in Turkestan was Grand Duke Nicholas Konstantinovich (1850–1918), grandson of Tsar Nicholas I, who in 1881 moved to Tashkent. There he sponsored a number of ventures, including a vast irrigation scheme to make Golodnaia Steppe (“Hungry Steppe,” present-day Uzbekistan) a productive area for raising cotton and wheat. There he sponsored an irrigation scheme to make Golodnaia Steppe (“Hungry Steppe”) a productive area for raising cotton and wheat. Seen here is the “Tsar Dam” on the Syr-Darya River in the area of Golodnaia Steppe. The Syr-Darya, known to the Ancient Greeks as the Jaxartes, has its origins in the Tian Shan Mountains in Kyrgyzstan and flows past Tajikistan, Uzbekistan and Kazakhstan on its way toward the Aral Sea. (In recent decades the ecological consequences of widespread irrigation have led to its disappearance before reaching the Aral.) In the foreground is a navigation channel. The image is by Russian photographer Sergei Mikhailovich Prokudin-Gorskii (1863–1944), who used a special color photography process to create a visual record of the Russian Empire in the early 20th century. Some of Prokudin-Gorskii’s photographs date from about 1905, but the bulk of his work is from between 1909 and 1915, when, with the support of Tsar Nicholas II and the Ministry of Transportation, he undertook extended trips through many different parts of the empire. In 1911 he made two trips to an area of Central Asia then known as Turkestan (present-day Uzbekistan and neighboring states), where he photographed Russian development of the area. 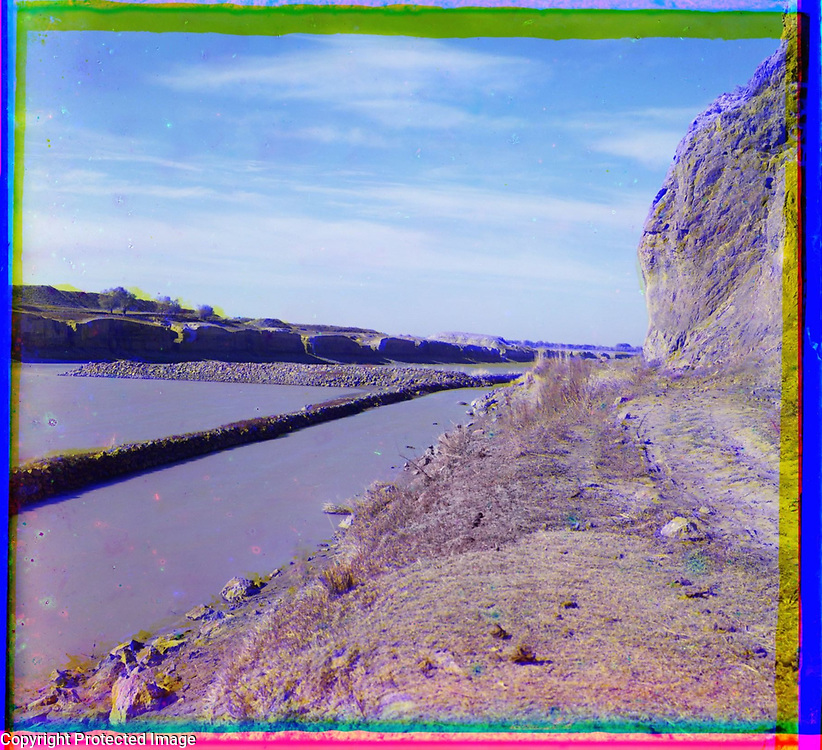