1998
Above the stolid Sassanian figures, the art style changes dramatically, being remarkably similar to paintings on the walls of Ajanta, an artificial cave complex carved out of a rock cliff in au-shaped gorge not far from Mumbai in India. The caves also served as monasteries and worship halls. The Ajanta frescoes are considered masterpieces of Buddhist religious art. They date from the Gupta Dynasty (2nd ca. 650 CE), centered originally east of Mumbai, but later extended over former eastern Kushan co-existence of Buddhism and Hinduism as well as for their sensuous style of art.
Photo: Nancy Hatch Dupree 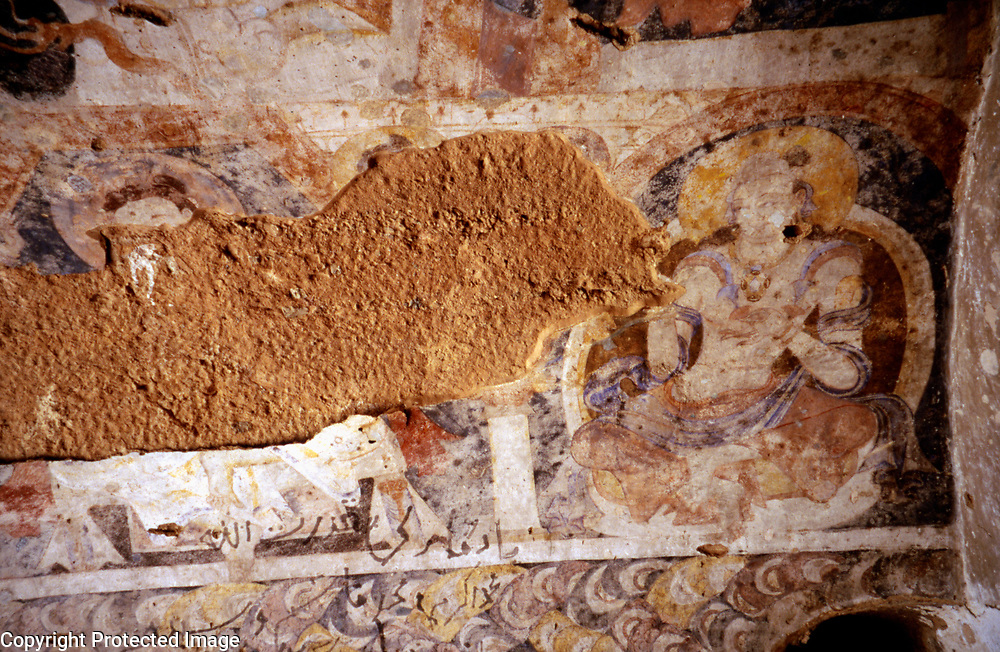