1969
The Maiwand monument, seen here in the background, stands in a square mid-way down Jadi Maiwand. It commemorates the Battle of Maiwand fought with the British near the village of Maiwand some 60 kilometers west of Kandahar on 27 July 1880. At that time it was considered the worst defeat the British had suffered in Asia. Jadi Maiwand also provided evidence for the changing social attitudes that were taking place during this period. Women were responding to the government's 1959 announcement of its support for the voluntary removal of the veil and the end of purdah. Small groups of school girls without escorts or elaborated veiling enjoyed outings on Jadi Maiwand without harassment. 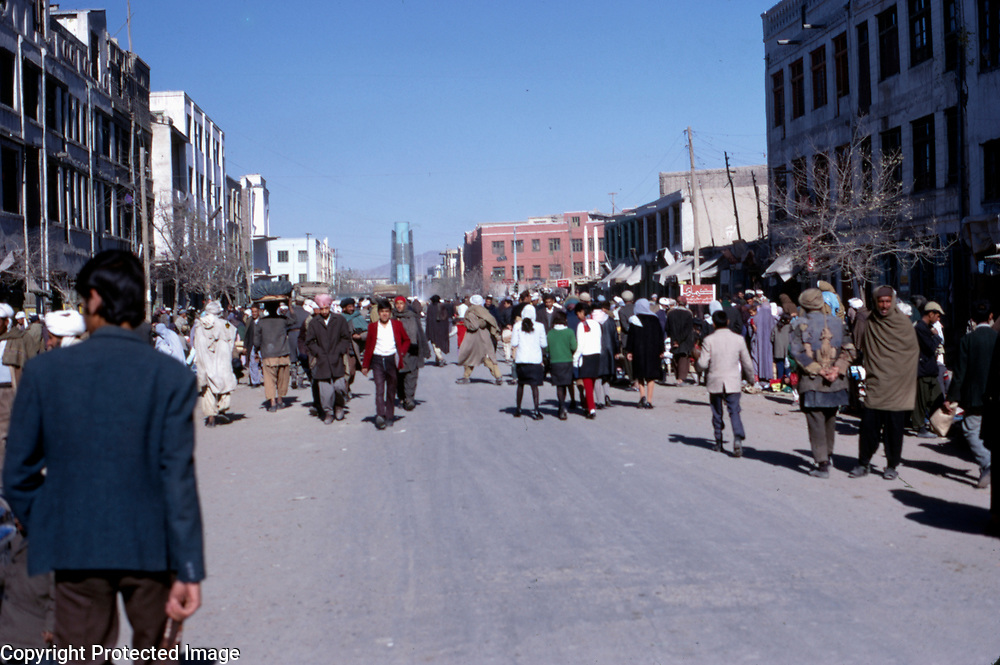