July 1972
View of the Bagh-i-Babur complex from the noon gun promontory. Located eight kilometers from the Arg, these gardens were first laid out in 1528 by the soon-to-be Moghul Emperor Babur. There were fifteen stepped terraces to which Amir Abdur Rahman added an haremserai, often referred to as the Queen's Palace. which may be seen here in the center background. Chinar trees shade the Amir's pavilion in the center on the 12th terrace; a mosque built by the Moghul Emperor Shah Jahan on the 13th terrace; and the tomb of Emperor babur on the 14th.. Modern swimming pools were added during the 1980s when the gardens were open to the public. After 1992 the gardens and the major structures suffered seriously due to neglect, fire, pillage and the theft of the irrigation pump that filled the reservoir for the gardens. The trees on all the terraces, including the two magnificent ancient chinar trees dried up and were cut for fire wood. Extensive renovation by the Agha Khan Trust for Culture, undertaken in 200, was completed in 2011. 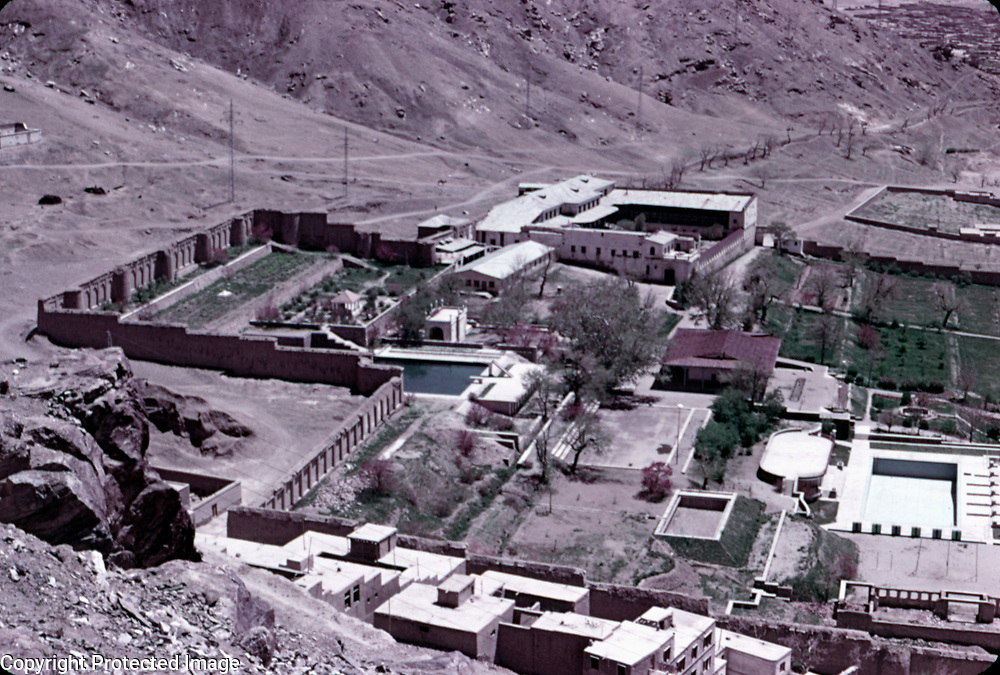