Recipients of the Cross of Saint George, Awarded with the Highest Military Honor. For Action on Cholpon-Ata Hill May 1, 1868. Non-Commissioned Officers Betenev, Viedomin, Kolybin, and Spiridonov,... 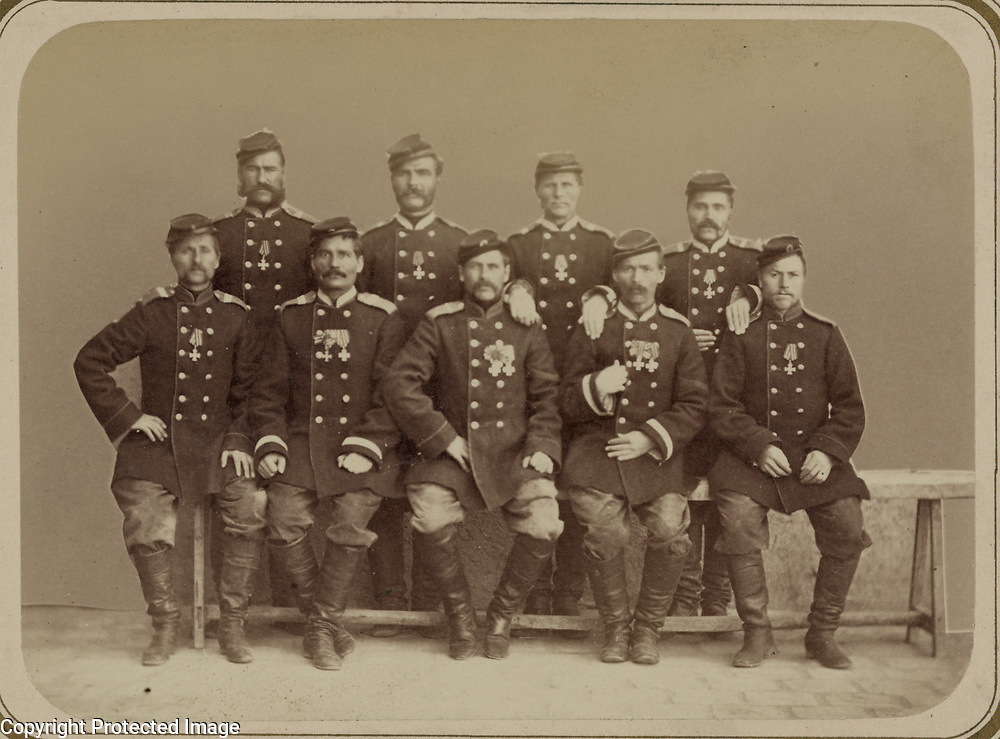