1868
These drawings of the first and second story plans, sections, and front elevation of the Tillia Kari Madrasah in Samarkand (Uzbekistan) are from the archeological part of Turkestan Album. The six-volume photographic survey was produced in 1871-72 under the patronage of General Konstantin P. von Kaufman, the first governor-general (1867-82) of Turkestan, as the Russian Empire’s Central Asian territories were called. The album devotes special attention to Samarkand’s Islamic architecture, such as 14th- and 15th-century monuments from the reign of Timur (Tamerlane) and his successors. In the center of Samarkand is the Registan ensemble, composed of three major examples of a madrasah (religious school). The third Registan component, the Tillia Kari Madrasah, was built in 1646-60, on the site of a former caravansarai. Like other examples of the madrasah in this region, its basic plan is formed by a rectangular courtyard. Tillia Kari is unusual in that its main entrance is on the “side” facade, rather than on the same axis as its mosque, in the center of the east wall. Also atypical is the decreasing of the two-story main facade to a one-story arcade for the other three walls. Although less florid than the other madrasah in its decorative ornament, it achieves high artistry with the geometric rigor of its form, particularly in the design of the mosque. 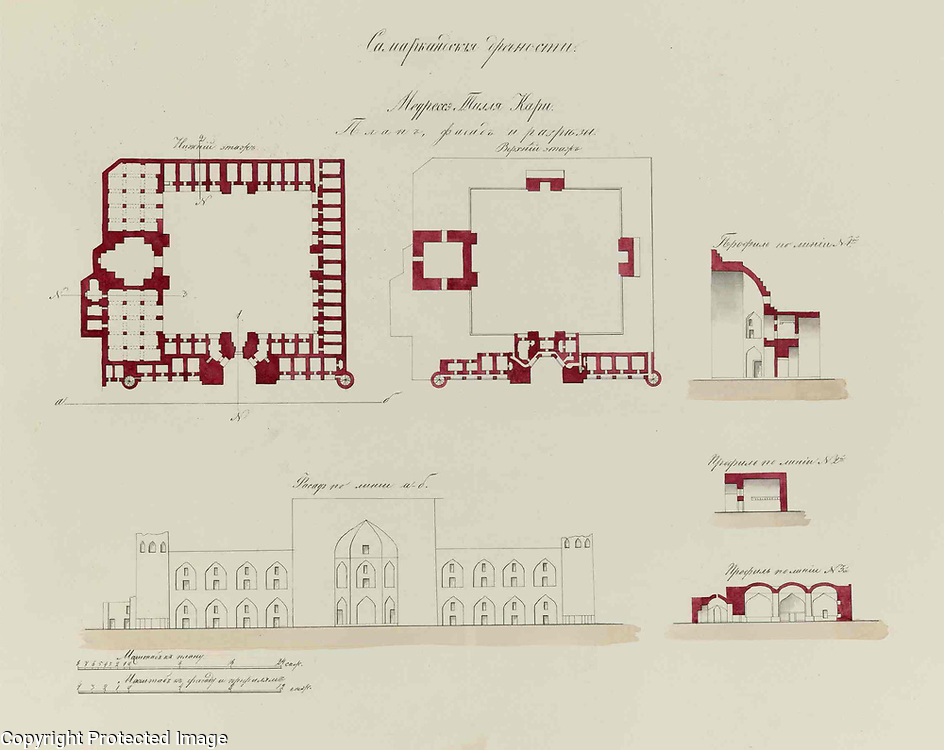