The Stump Of The Small Buddha. Bamiyan Province.

26 March 2001
The small Buddha was blown later, on 26 February 2002, leaving a stump identical to that left in cave of the Large Buddha. The question of whether to restore or not to restore is now hotly debated. A group from Bamiyan lobbies aggressively for reconstruction other believe the stump is a poignant reminder of the faith of those pilgrims who so devoutly envisioned these figures as symbols of the universality of the Buddha. Reconstruction might so easily encourage turning the site into a fun park and this would certainly sully the memory, of its original creators. For the moment experts work on consolidating the cliff which has developed huge dangerous cracks. 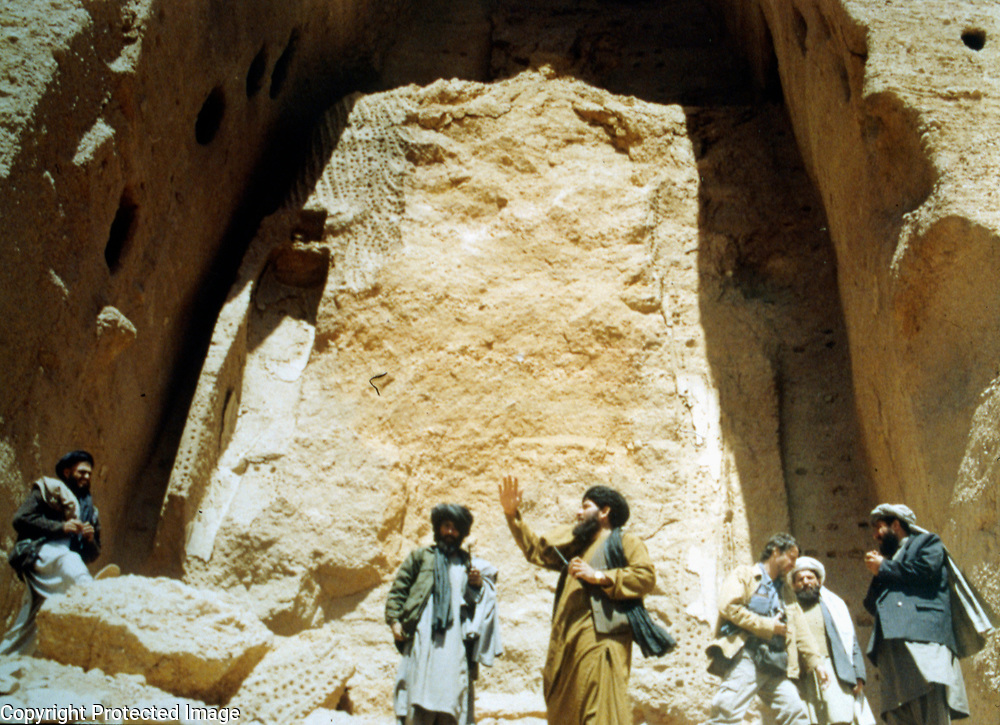