July 1997
Excavations prompted by road builders gouging truckloads of soil out of the insignificant mound uncovered a fortified fire-worshippers' temple that had been deserted since Achaemenid times and used at the turn of the CBE and CE eras as a cemetery. The first gold piece was found on 15 November 1978; by February 1979, six tombs containing over 20,000 gold pieces associated with five women and one male had been found. A seventh tomb found the day before the season ended was never excavated because of events following the Soviet invasion in December 1978. Suspiciously similar pieces soon turned up for sale with antique dealers.
Photo: Jonathan Lee 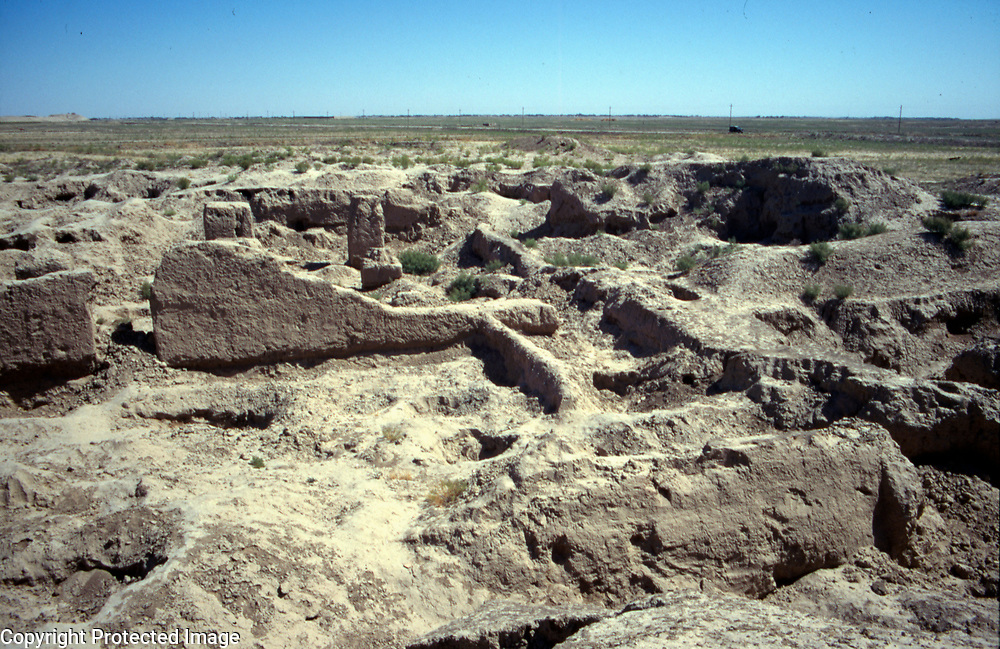