1878
This photograph of an elderly Baluch (Baluchistan is a region in present-day southwest Pakistan and southeast Iran) is from an album of rare historical photographs depicting people and places associated with the Second Anglo-Afghan War. Despite the title, it is unclear whether the man is truly a beggar or, perhaps more likely, a Sufi fakir or dervish who would have been regarded as a holy man and relied solely on alms for his livelihood. He wears a pair of worn-out boots, a long quilted coat, and a woolen shawl and has prayer beads around his neck. In his lap is a kashkul, a bowl or pot for receiving food donations, symbolizing the emptying of the Sufi’s ego through the renunciation of worldly goods and aspirations. The Latin quotation in the caption, “Dato Obolum Belisario,” refers to the legend of Belisarius, a Roman soldier reduced to begging for alms after Emperor Justinian ordered his eyes to be put out. The story became popular in the Middle Ages and later became the subject of a novel, sculpture, and paintings, including a 1781 work by Jacques-Louis David. The Second Anglo-Afghan War began in November 1878 when Great Britain, fearful of what it saw as growing Russian influence in Afghanistan, invaded the country from British India. The first phase of the war ended in May 1879 with the Treaty of Gandamak, which permitted the Afghans to maintain internal sovereignty but forced them to cede control over their foreign policy to the British. Fighting resumed in September 1879, after an anti-British uprising in Kabul, and finally concluded in September 1880 with the decisive Battle of Kandahar. The album includes portraits of British and Afghan leaders and military personnel, portraits of ordinary Afghan people, and depictions of British military camps and activities, structures, landscapes, and cities and towns. The sites shown are all located within the borders of present-day Afghanistan or Pakistan (a part of British India at the time)... 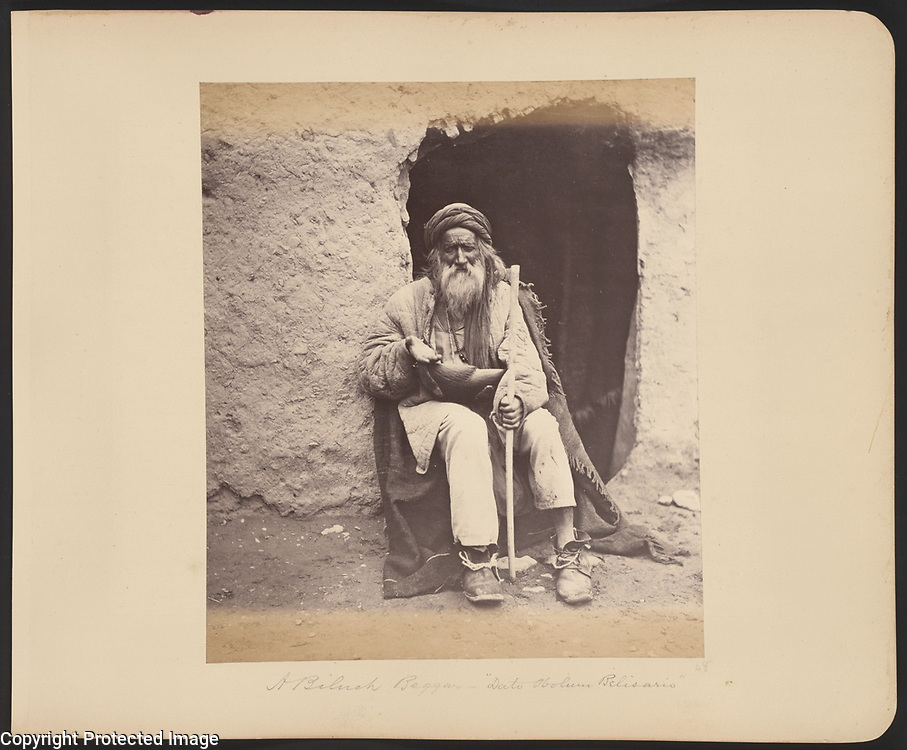