Fabric Merchants in the Registan. Samarkand

1905
Seen here are fabric vendors at their market stalls near Registan Square in Samarkand. The photograph seems overexposed, probably in an effort to capture detail in the stacks of colorful fabric in the shadowed area. In contrast to the fabric for sale, the long-sleeved robes of the turbaned men are a uniform dark gray, although the one on the right has a trim. Samarkand was for centuries known as an important point on major trade routes, and its population included several ethnic groups. Its commercial range expanded in the late 19th century with the Russian presence and construction of railroads. The image is by Russian photographer Sergei Mikhailovich Prokudin-Gorskii (1863–1944), who used a special color photography process to create a visual record of the Russian Empire in the early 20th century. Some of Prokudin-Gorskii’s photographs date from about 1905, but the bulk of his work is from between 1909 and 1915, when, with the support of Tsar Nicholas II and the Ministry of Transportation, he undertook extended trips through many different parts of the empire. He was interested in recently acquired territories of the Russian Empire such as Turkestan (present-day Uzbekistan and neighboring states), which he visited on a number of occasions, including two trips in 1911. Turkestan appealed to him not only for its Islamic architecture but also for ethnic types and scenes of traditional life. 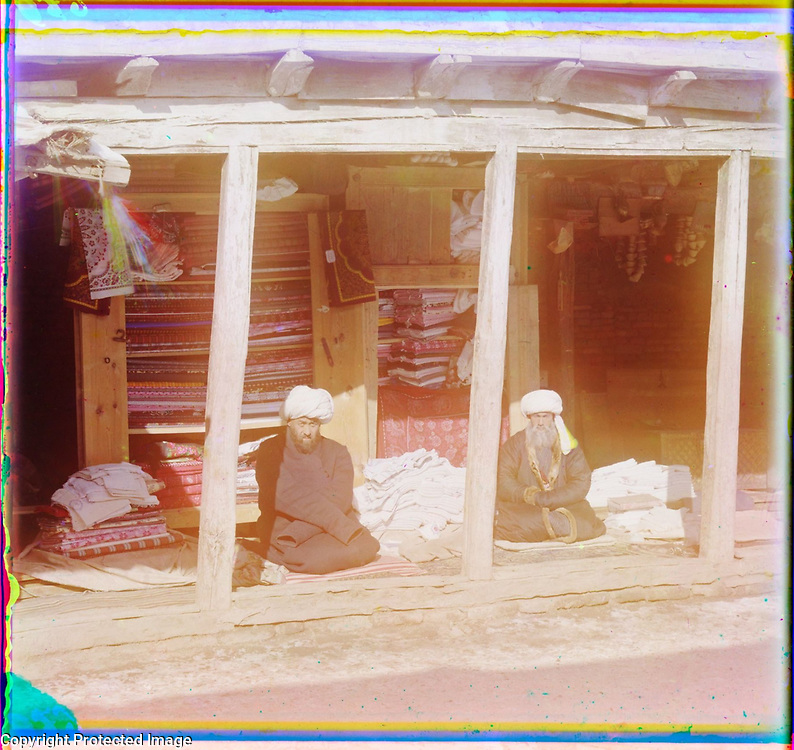