1920s
Prince Amanullah, Amir Habibullah's 19-year-old third son, had grander tastes than his brother Prince Enayatullah. He built his home in the image of his uncle's Zain-ul-Emorat. A major change was made to the entrance façade on the south where pillars instead of arches were employed for the porte-cochere. After Prince Amanullah succeeded to the throne in 1918, this building was given to Iran for their embassy. It was demolished in the 1970s. The next door haremserai, given to Turkey for their embassy, remains the Turkish Embassy in 2016 with the beautiful gardens still intact, but the building was greatly remodeled. Souvenir postcard in Paris in 1920s. 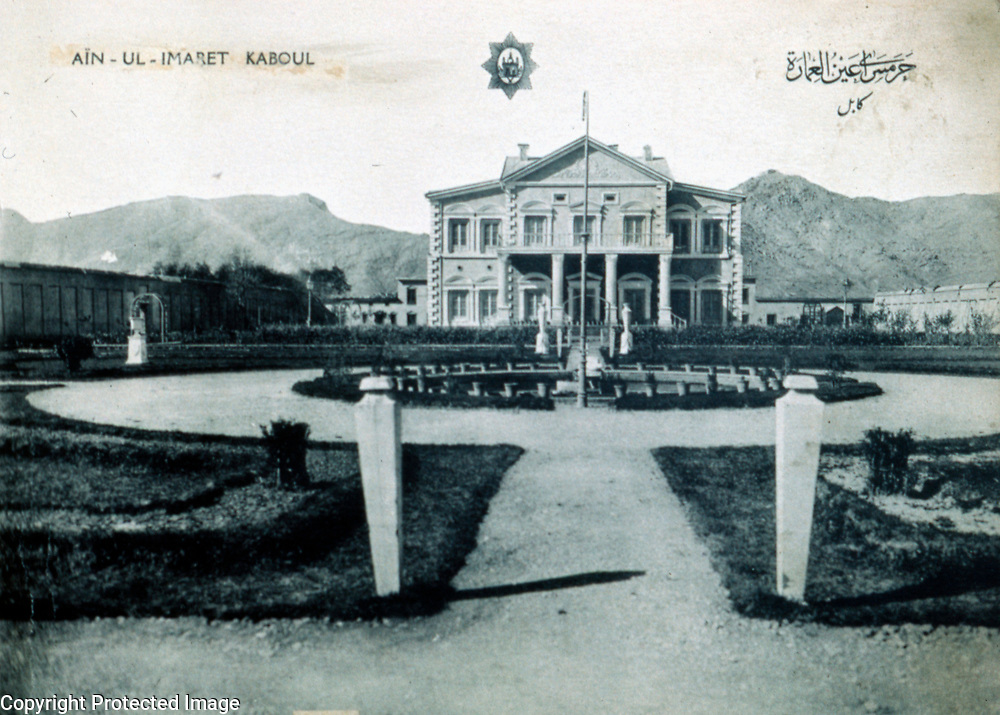