1993
A National Art Gallery was finally opened in 1983 in a distinguished private western-style mansion that once belonged to the powerful Charkhi family from Logar. It is located at the end of Asmai Wat close to the Shahi-do-Shamshira Mosque on the riverside. The Charkhi family had filled high military and diplomatic positions from the time of Amir Abdur Rahman down to King Amanullah. But a deadly rivalry developed with the Musahiban. On hearing of Bacha Saqqao's takeover of Kabul, one Charkhi brother, Ghulam Nabi, then Ambassador in Moscow, took an army of Afghan cadets to occupy Mazar-i-Sharif in support of King Amanullah, but left on hearing of the King's abdication. He returned to Afghanistan in July 1932 where he was accused of subversive activities on behalf of King Amanullah and executed on 8 November. Another brother, General Ghulam Jilani, accompanied King Amanullah to Rome after the abdication in 1929, returned to Kabul in August 1930, but was executed in September 1933. 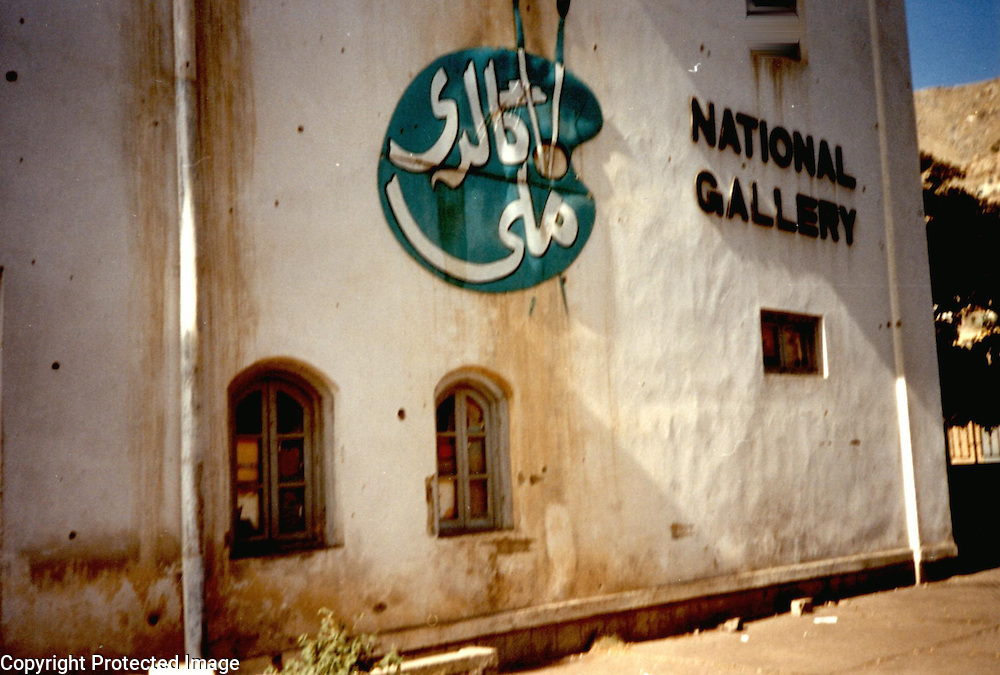