1868
This plan, section and elevation of the Khodzha Abdu-Berun memorial complex in Samarkand (Uzbekistan) is from the archeological part of Turkestan Album. The six-volume photographic survey was produced in 1871-72 under the patronage of General Konstantin P. von Kaufman, the first governor-general (1867-82) of Turkestan, as the Russian Empire’s Central Asian territories were called. The album devotes special attention to Samarkand’s Islamic architectural heritage. The Khodzha Abdu-Berun memorial complex (khanaka) was dedicated to a revered 9th-century Arab judge of the Abdi clan, with the word berun (outer) added to signify its location adjacent to a cemetery on the outskirts of Samarkand, and to distinguish it from another complex commemorating the sage that was located within the city. The khanaka was built in the first half of the 17th century by Nadir Divan-Begi, vizier to the Bukharan ruler Iman-Quli Khan. The ensemble’s site plan includes a domed mausoleum (mazar), a summer mosque (on the right), a pool with a stream, and a separate entrance to the main courtyard. The section reveals that the mausoleum dome was of double construction, with an interior shell and an outer dome elevated on a cylinder. Also shown here is the iwan (vaulted hall, walled on three sides, with one end open) arch with a niche and portal. At the bottom is a section of the summer mosque. Masonry wall sections are indicated in red. 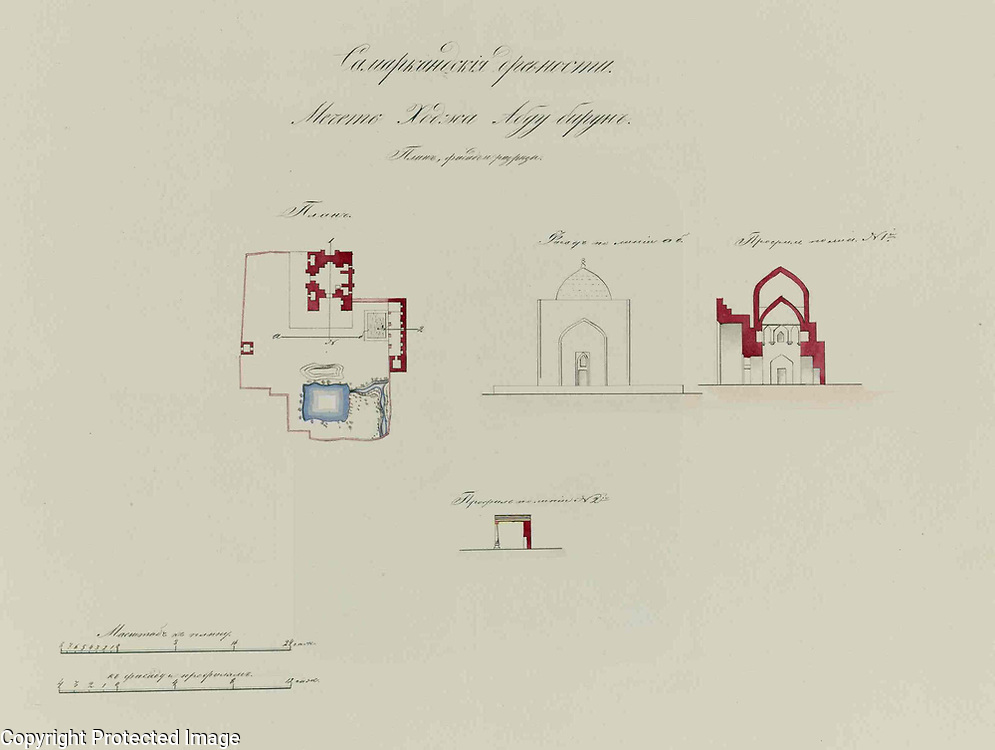