Jamrūd Fort near the Khyber

1879
This photograph of Jamrūd Fort is from an album of rare historical photographs depicting people and places associated with the Second Anglo-Afghan War. The three tribesmen in the foreground of the picture wear loose tunics, longi (turbans), and dōpâta (shawls) and carry jezails (long heavy muskets). The fort is located at the eastern entrance to the Khyber Pass (in present-day Pakistan), the strategically important pass through the Hindu Kush mountain range along the historic Silk Road that in the 19th century linked British India and Afghanistan. It was the site of a major battle between the Sikh and Durrani Empires in 1836–37. Even though the fort appears to be in disrepair, it was an important staging point for any advance through the pass and became the headquarters of the Khyber Rifles Regiment, an auxiliary force of the British Indian Army. The Second Anglo-Afghan War began in November 1878 when Great Britain, fearful of what it saw as growing Russian influence in Afghanistan, invaded the country from British India. The first phase of the war ended in May 1879 with the Treaty of Gandamak, which permitted the Afghans to maintain internal sovereignty but forced them to cede control over their foreign policy to the British. Fighting resumed in September 1879, after an anti-British uprising in Kabul, and finally concluded in September 1880 with the decisive Battle of Kandahar. The album includes portraits of British and Afghan leaders and military personnel, portraits of ordinary Afghan people, and depictions of British military camps and activities, structures, landscapes, and cities and towns. The sites shown are all located within the borders of present-day Afghanistan or Pakistan (a part of British India at the time). About a third of the photographs were taken by John Burke (circa 1843–1900), another third by Sir Benjamin Simpson (1831–1923), and the remainder by several other photographers. Some of the photographs are unattributed... 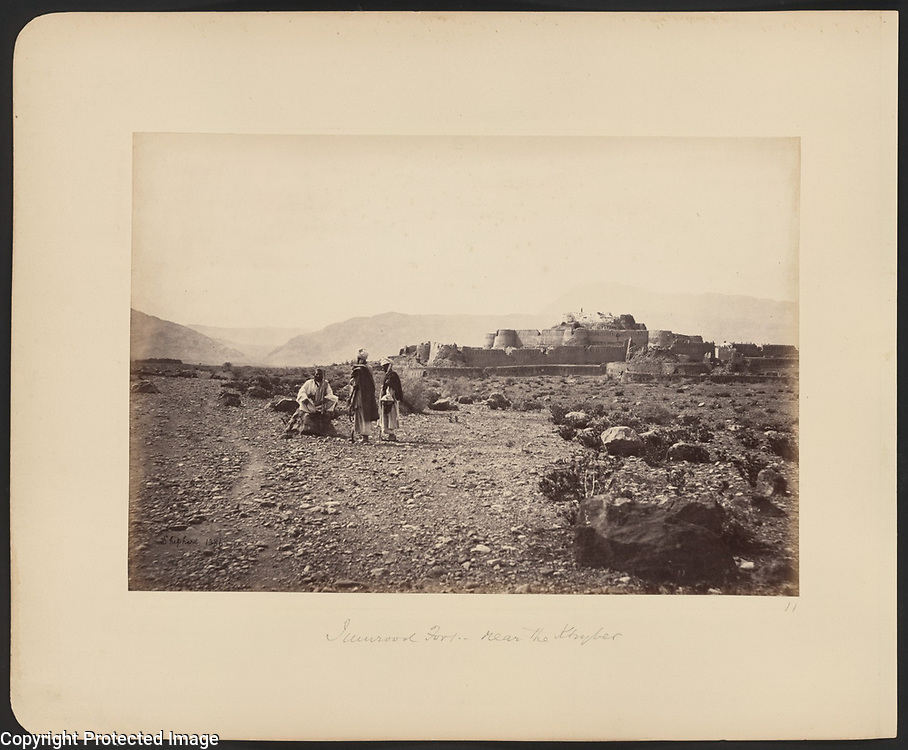