8 March 2001
The intimidating Ministry for the promotion of virtue and suppression of vice visited the Museum to assess the propriety of its collections. The supportive Minister of Culture and his Deputy were dismissed and replaced in October 2001 by hardliners led by Qadratullah Jamal. These moves culminated in an all-day long cabinet meeting in February 2001, with no consensus. The hardliners then ordered the Buddhas to be blown upland on the 26th Mullah Omar decreed that all non-Islamic sculptures in Afghanistan be destroyed. The large Buddha was blown on 8 March 2001. 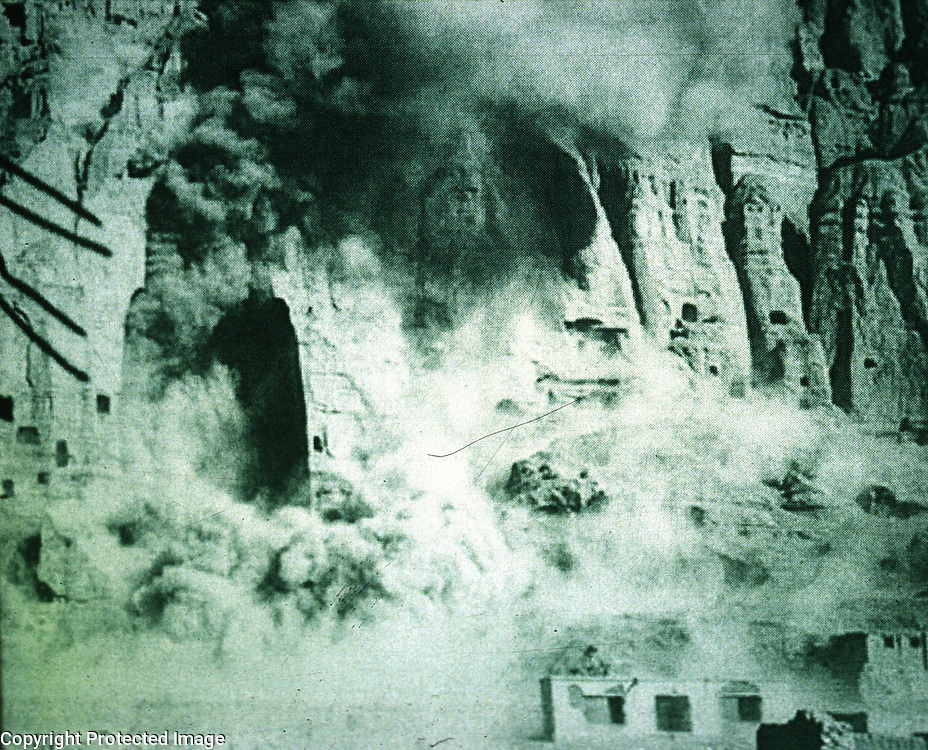