[1920s]
King Amanullah had a grand dream to transform Paghman into a European-style resort worthy of the admiration of the comity of nations. An imposing Victory Arch, designed by a Turkish architect, immediately caught the attention of every visitor entering the Central Square. It commemorated those who fought and died during the War of Independence in 1919. Their names appear on marble plaques affixed to the underside of the arch. The Khost monument, just ten meters below the Arch, recognizes the services of those who fought to suppress a rebellion in Khost (March 1924 to January 1925)protesting against the King's modernizing reforms. 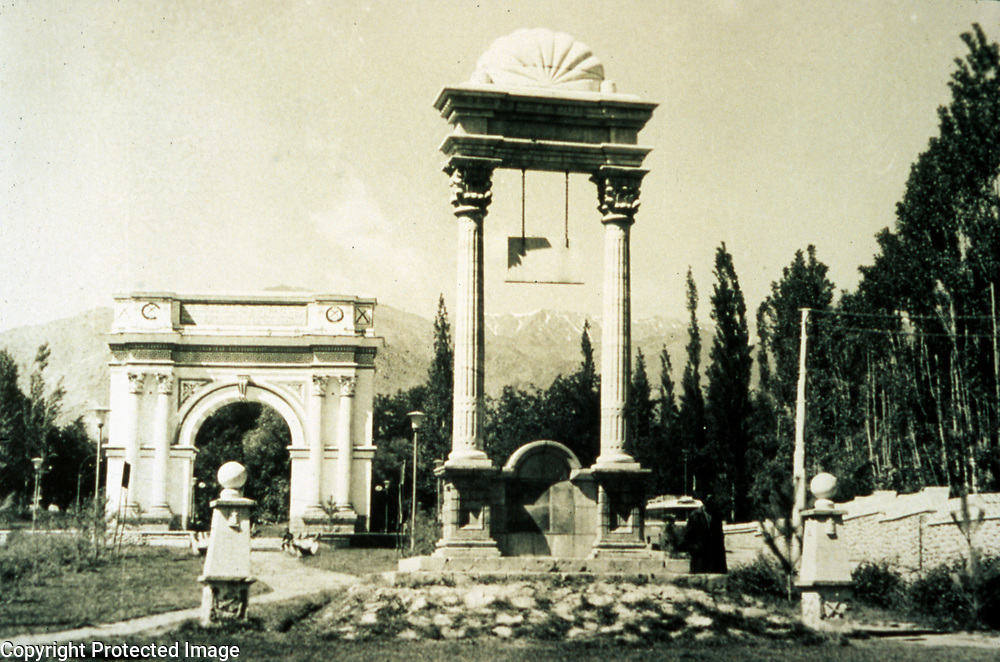