Antiquities of Samarkand. Bridge of Shadman Malik. View from the West

1868
This photograph of the west view of the aqueduct at the Zeravshan River, on the outskirts of Samarkand (Uzbekistan), is from the archeological part of Turkestan Album. The six-volume photographic survey was produced in 1871-72 under the patronage of General Konstantin P. von Kaufman, the first governor-general (1867-82) of Turkestan, as the Russian Empire’s Central Asian territories were called. The album devotes special attention to Samarkand’s architectural heritage. The album caption refers to this structure as the Shadman Malik Bridge, but the accepted designation is the Zeravshan River Aqueduct. Built in 1502, this monumental structure served as a key element in the local irrigation network. It not only carried water, but also distributed it into two channels. The two massive arches are joined at an oblique angle corresponding to the different channels. Despite its impressive construction, the aqueduct has suffered from seismic damage and neglect over the centuries. Its construction is all the more remarkable in view of the instability in the early 16th century, when Samarkand changed hands during a struggle between Babur, the great-great-great grandson of Timur (Tamerlane), and Shaybani Khan, founder of the Shaybanid Uzbek dynasty. In 1500, and again in 1505, Shaybani Khan captured Samarkand from Babur, who subsequently established the Mughal Empire. 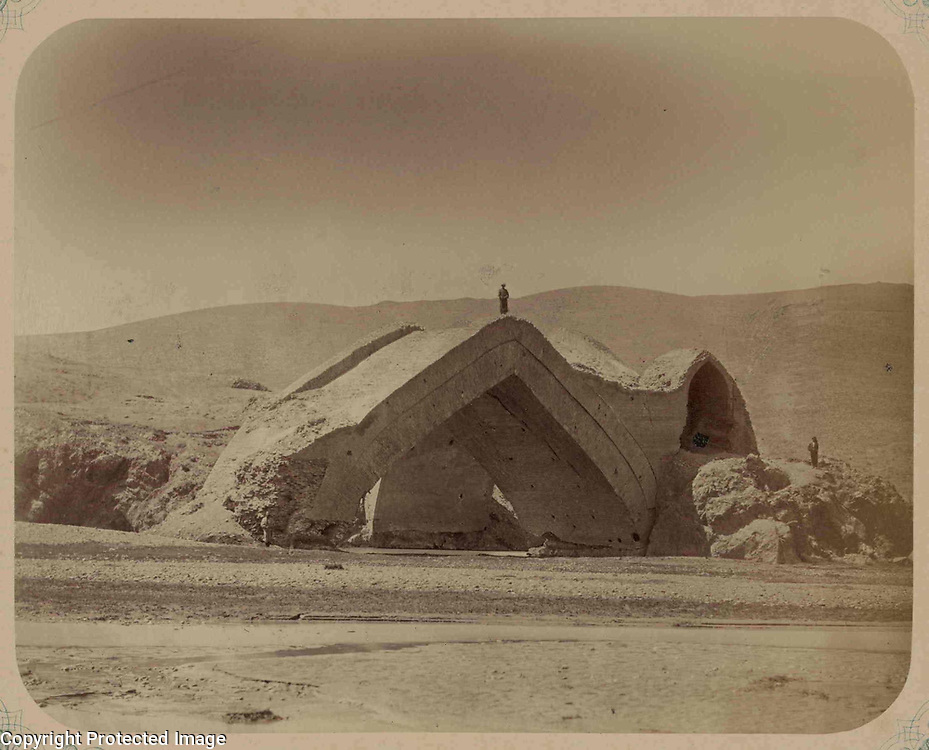