1919
Prince Amanullah soon declared war against the British in India. A three-week campaign lasting through May and August 1919 was fought more on the voluminous pages of endless correspondence than on the battlefield. Still, Afghanistan gained control of its foreign affairs much to the delight of all. After the war, in 1923, Amir Amanullah changed his title to King so as to identify himself more closely with his royal international colleagues and resolved to build a new city to be called Darulaman (Abode of Peace), (also could be Abode of Amanullah) in the Chahr Deh Valley, some eight kilometers south of Kabul, not far from Amir Abdur Rahman's Chehlsitun Palace.
Photo: KES Collection No. 804/15 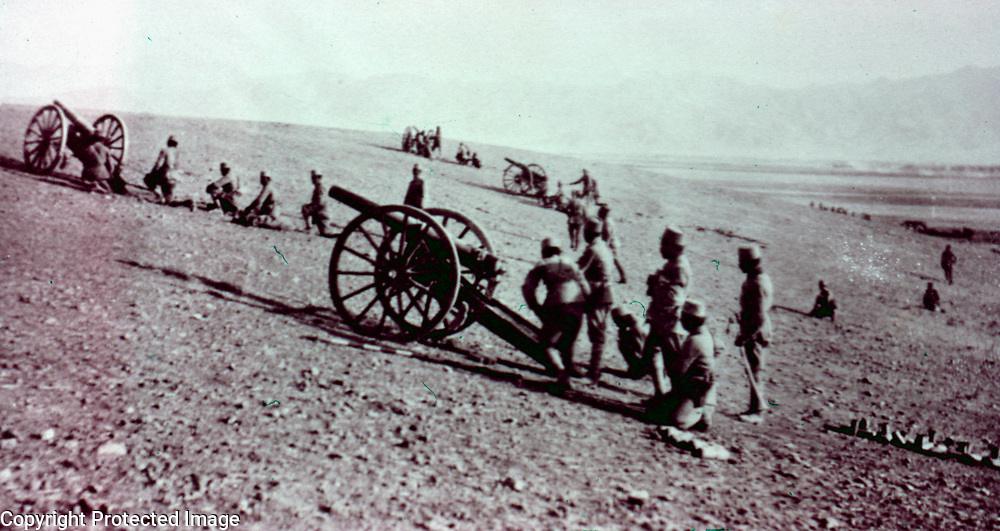