1865
This photograph of the rabat built by Liashkar-Kush Beg on the road between Tashkent (present-day Uzbekistan) and Shymkent (in contemporary Kazakhstan) is from the archeological part of Turkestan Album. The six-volume photographic survey was produced in 1871–72 under the patronage of General Konstantin P. von Kaufman, the first governor-general (1867–82) of Turkestan, as the Russian Empire’s Central Asian territories were called. The term rabat has various interpretations that generally imply a fortified outpost. In Central Asia rabat is also linked to the term khanaka, a hostel or place for spiritual retreat. In all cases the terms were frequently associated with Sufism and its pilgrims. Shymkent, located northwest of Tashkent, was founded in the 12th century as a fortified point along the Silk Road. It can thus be assumed that this rabat, built of adobe brick in the 19th century, was part of an ancient tradition along this route. The entrance is framed in the traditional pointed arch, in front of which stand men in Russian dress. (The one on the right appears to be in a soldier’s uniform.) The dome in the center implies religious associations, but it also provided relief from the heat of this semi-arid region. The facade is flanked by corner towers that buttress the structure. The covered opening supported by a large post (on right) could have served as a space for vehicles or horses. 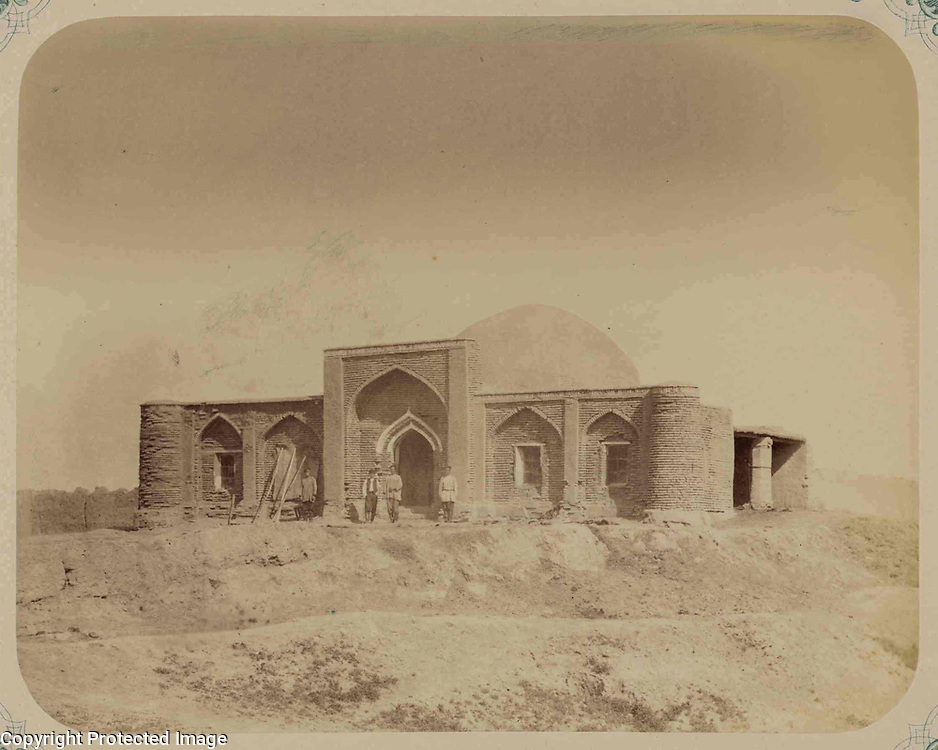