Man in Uniform beside Building, Yurt in Background

1905
This man in military dress and a distinctive tall sheepskin hat belongs to the Teke ethnic group. He is referred to as Dzhigit Ibragim (dzhigit being the term for brave warrior). Although nomadic in origin, some of the Teke adopted a settled existence and served as cavalry in the Russian armed forces. The rank indicated on the man’s shoulder boards appears to be the equivalent of a junior sergeant. He is armed with a cavalry saber, a dagger, and a pistol. In the background are wattle yurts made from reeds with a felt roof covers. The photograph was taken near the Murgab Oasis in the region of Bayramaly (present-day Turkmenistan). The oasis takes its name from the Murgab River, which flows from Afghanistan into Turkmenistan and forms part of the border between the two countries. The image is by Russian photographer Sergei Mikhailovich Prokudin-Gorskii (1863–1944), who used a special color photography process to create a visual record of the Russian Empire in the early 20th century. Some of Prokudin-Gorskii’s photographs date from about 1905, but the bulk of his work is from between 1909 and 1915, when, with the support of Tsar Nicholas II and the Ministry of Transportation, he undertook extended trips through many different parts of the empire. Prokudin-Gorskii was particularly interested in recently acquired territories of the Russian Empire such as Turkestan (present-day Uzbekistan and neighboring states), which he visited on a number of occasions, including two trips in 1911. Turkestan appealed to him for its examples of traditional culture. 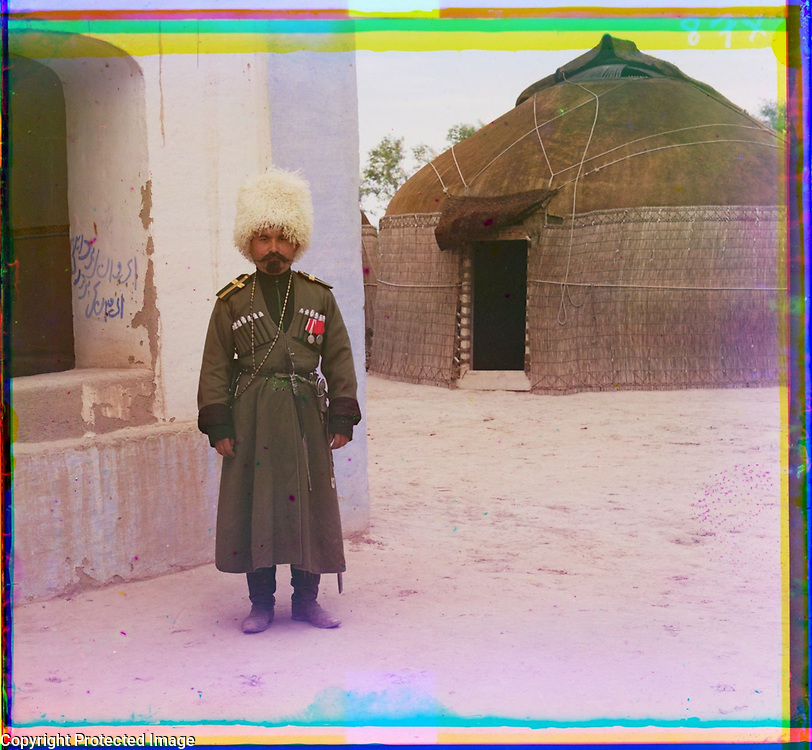