1996
During the conflict of the 1990s the gardens were neglected and suffered grievously. The covering of the Emperor Babur's tomb erected during the 1930s during the reign of Nadir Shah (r. 1929-1933) was badly damaged. The latest renovations removed it entirely which accorded with the wishes of Emperor Babur who stipulated that his grave be left open. It is now surrounded by a version of the marble open-work screen added by Emperor Shah Jahan when he visited in 1646. 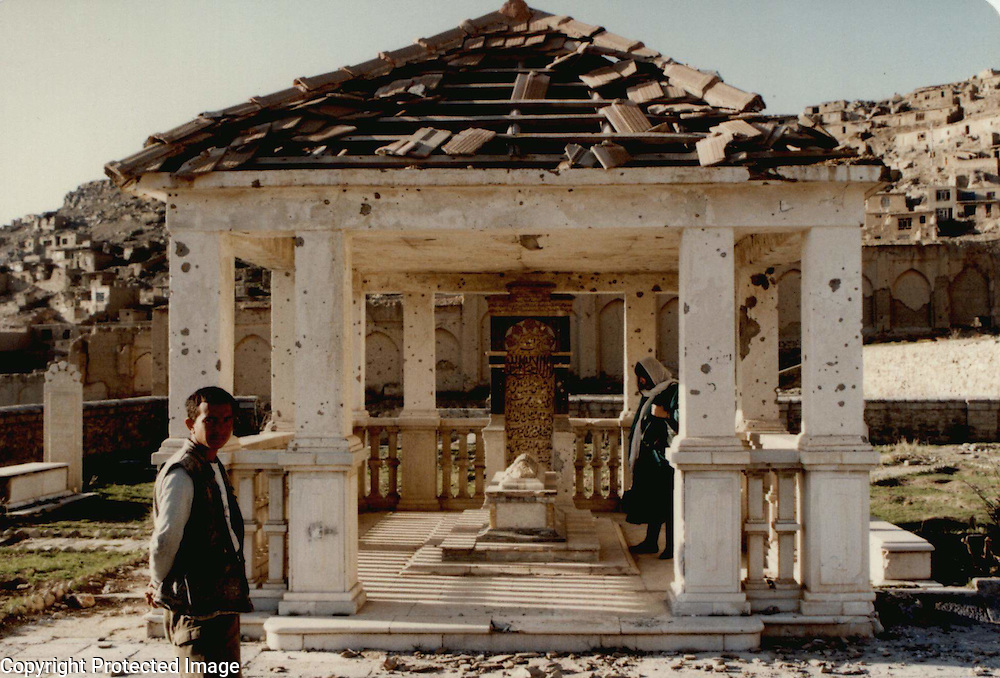