Antiquities of Samarkand. Madrasah of Ulugh Beg. Main Facade (Eastern). Inscription on the Walls of the Facade

1868
This photograph of a detail from the east facade of the Ulugh Beg Madrasah in Samarkand (Uzbekistan) is from the archeological part of Turkestan Album. The six-volume photographic survey was produced in 1871-72 under the patronage of General Konstantin P. von Kaufman, the first governor-general (1867-82) of Turkestan, as the Russian Empire’s Central Asian territories were called. The album devotes special attention to Samarkand’s Islamic architecture, such as 14th- and 15th-century monuments from the reign of Timur (Tamerlane) and his successors. In the center of Samarkand is the Registan ensemble, composed of three major examples of a madrasah (religious school). The oldest madrasah on Registan Square is named after the astronomer-king and grandson of Timur, Ulugh Beg (1393?-1449), who built it in 1417-20. During Ulugh Beg’s reign, mathematicians and astronomers were among the scholars at the madrasah, which was long considered a leading center of Islamic education. The wall fragment shown here extends from the great iwan (vaulted hall, walled on three sides, with one end open) entrance arch to the madrasah courtyard. Despite severe damage to the facade, this view displays ceramic ornamentation, with geometric patterns formed by interlocking lines. Within the geometric figures are Kufic letters that form words from the Kalima, which is the basis of the Shahada, or Islamic declaration of faith. The angled placement of the tiles creates a textured surface that emphasizes the monumental structure. 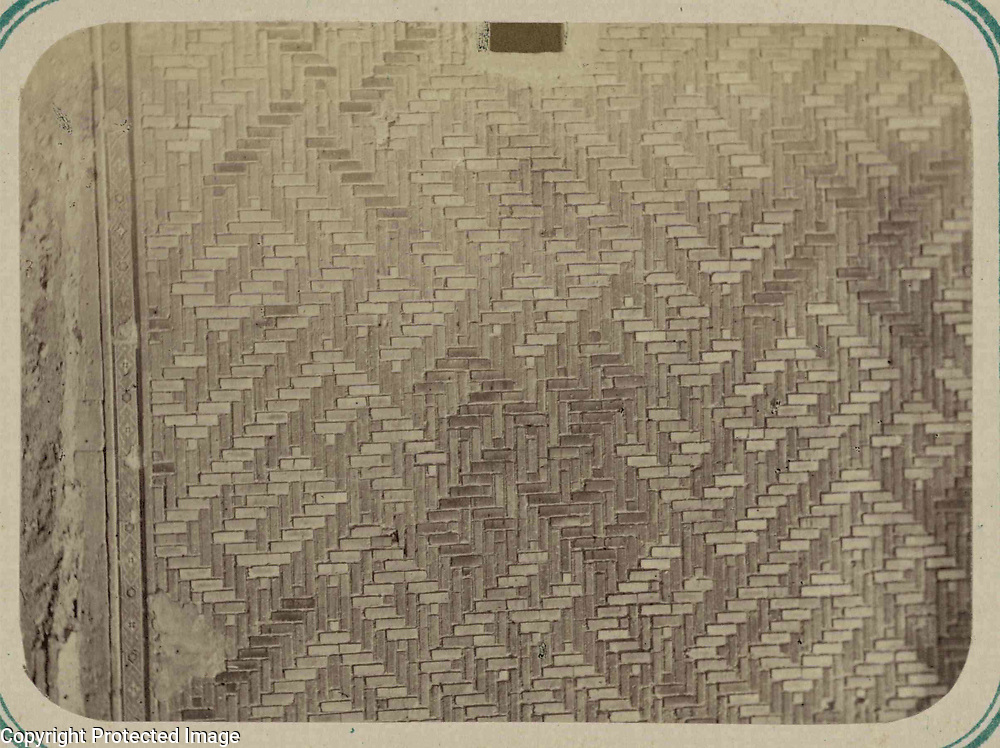