1905
This photograph shows a Sartianka (Sart woman) standing at the entrance to her dwelling. She is covered from head to foot with a hooded robe in strict observance of the practice of purdah (from the Persian for “curtain”). In certain Muslim cultures the isolation of women from the view of those outside the family is accepted practice. The robe has a trimmed opening with draw strings for the face (also veiled). The walls of the house are of mud over adobe brick, a readily available and practical building material for this hot, arid climate. Rough log beams protrude from the wall. The image is by Russian photographer Sergei Mikhailovich Prokudin-Gorskii (1863–1944), who used a special color photography process to create a visual record of the Russian Empire in the early 20th century. Some of Prokudin-Gorskii’s photographs date from about 1905, but the bulk of his work is from between 1909 and 1915, when, with the support of Tsar Nicholas II and the Ministry of Transportation, he undertook extended trips through many different parts of the empire. He was interested in recently acquired territories of the Russian Empire such as Turkestan (present-day Uzbekistan and neighboring states), which he visited on a number of occasions, including a trip in January 1907 and two trips in 1911. Turkestan appealed to him not only for its Islamic architecture but also for scenes of local life in places such as Samarkand. 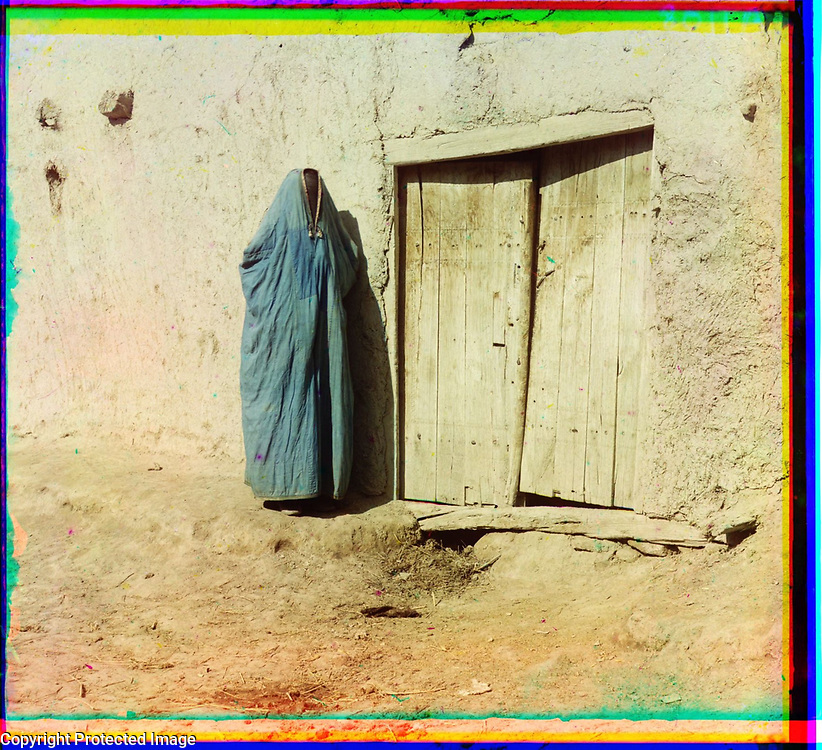