1868
This plan, elevation and sections of the Gur-Emir mausoleum in Samarkand (Uzbekistan) is from the archeological part of Turkestan Album. The six-volume photographic survey was produced in 1871-72 under the patronage of General Konstantin P. von Kaufman, the first governor-general (1867-82) of Turkestan, as the Russian Empire’s Central Asian territories were called. The album devotes special attention to Samarkand’s Islamic architectural heritage, including Gur-Emir (Persian for "tomb of the ruler"), which suffered major damage over the centuries. Although known primarily as the burial place of Timur (Tamerlane), Gur-Emir was begun by Timur in 1403 to commemorate the death of his beloved grandson, Muhammad Sultan, who had built an educational center, including a madrasah (religious school) and memorial complex (khanaka) on the site in the late 14th century. His sudden death at the age of 27 deprived Timur of his chosen successor, and the ruler’s grief was expressed in the imposing dimensions of the mausoleum. The shrine was still not complete at the time of Timur's own death from pneumonia in 1405. With his burial there, Gur-Emir became in effect the mausoleum of the Timurids. Completed by Timur’s grandson Ulugh Beg, Gur-Emir included the main domed structure, as well as a madrasah, khanaka, four minarets, and a large entrance structure to the courtyard. The buildings were covered with ceramic art. 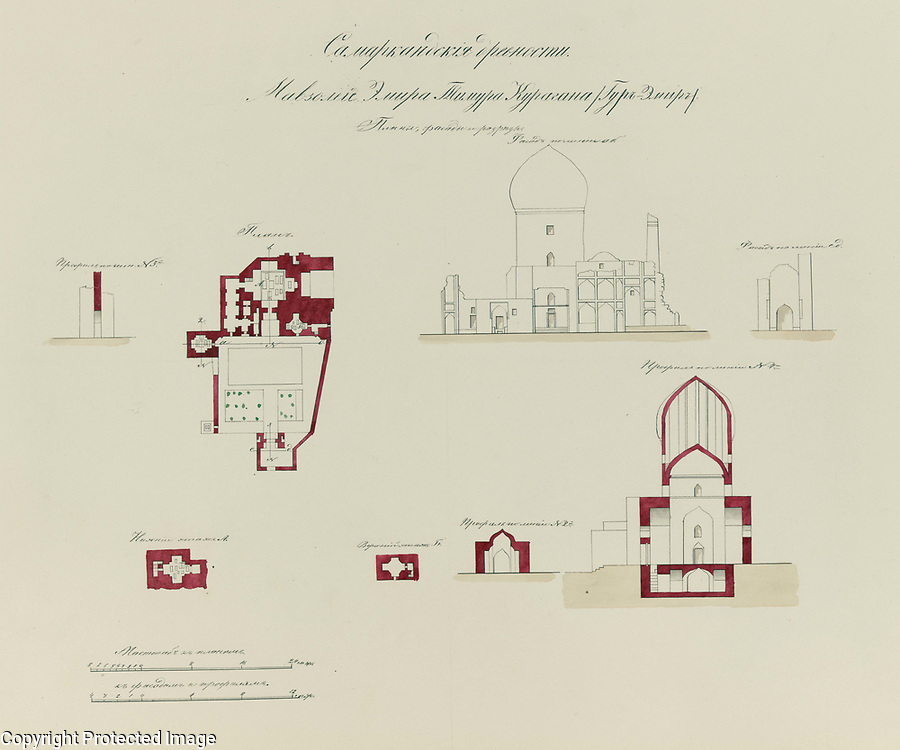