1962
Aq Kupruk is a major Upper Palaeolithic area excavated by an American team from 1959-1965. They identified four localities in the limestone cliffs overlooking the Balkh River. These caves and open air settlements were occupied over a long period beginning in the Upper Palaeolithic (ca. 18,000-10,000 BCE) through the Neolithic (ca. 10,000-4,500 BCE) down into the early and later Iron Ages (ca. 1,600 BCE into the CE). Metal and glass fragments indicate the sites were still being used by nomads in early Islamic times before the 13th century CE.
Photo: Louis Dupree 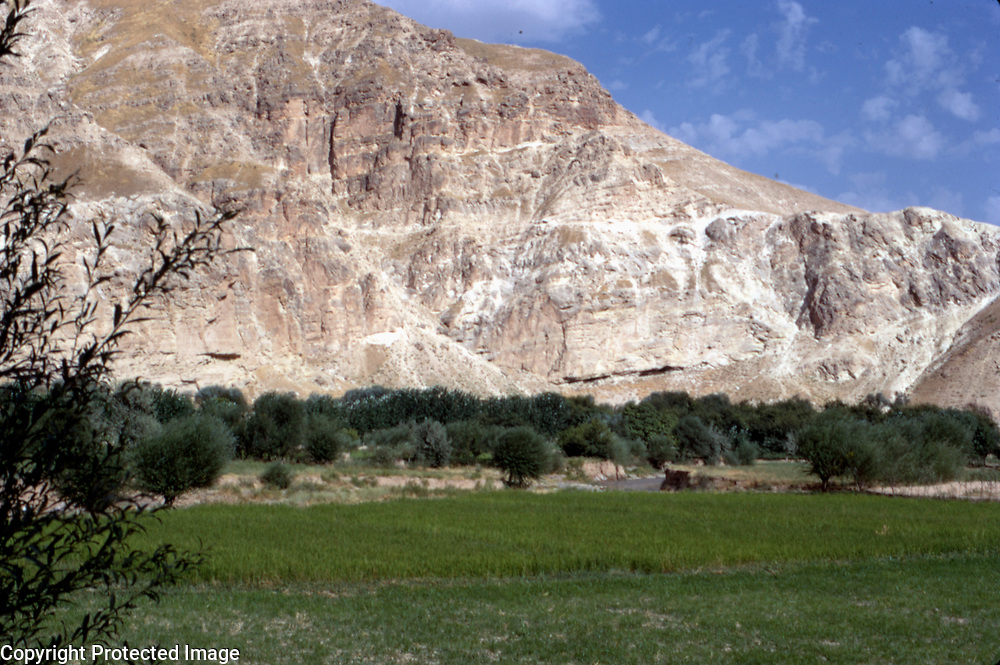