Recipients of the Saint George Cross and Those Awarded Golden Sabers. For the Capture of Khodzhend on May 24, 1866. Captain P.M. Shorokhov of the 3rd Turkestan Line Battalion 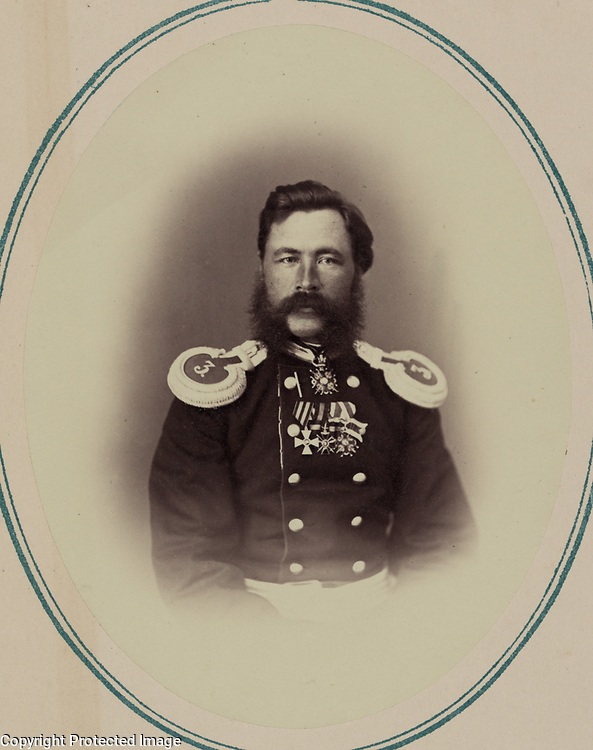