View of a Courtyard, Adobe Buildings, and a Bird's Nest Atop a Dome

1905
Cotton was an essential raw material for the large textile mills of the Russian Empire, which underwent rapid industrialization in the late 19th-early 20th century. Russian authorities made concerted efforts to find sufficiently warm areas in the empire for the cultivation of this crop. This photograph shows machines and vats for the production of cottonseed oil at the estate of Murgab near Bayramaly (present-day Turkmenistan). The Murgab Oasis and the city of Merv (now Mary) were incorporated into the Russian Empire through negotiations in 1884. The oasis takes its name from the Murgab River, which flows from Afghanistan into Turkmenistan and forms part of the border between the two countries. The image is by Russian photographer Sergei Mikhailovich Prokudin-Gorskii (1863–1944), who used a special color photography process to create a visual record of the Russian Empire in the early 20th century. Some of Prokudin-Gorskii’s photographs date from about 1905, but the bulk of his work is from between 1909 and 1915, when, with the support of Tsar Nicholas II and the Ministry of Transportation, he undertook extended trips through many parts of the empire. Prokudin-Gorskii was interested in recently acquired territories of the Russian Empire such as Turkestan, which he visited on a number of occasions, including two trips in 1911. Large parts of Turkestan were found suitable for the raising of cotton, which was a priority in the development of Russia’s Central Asian territories. 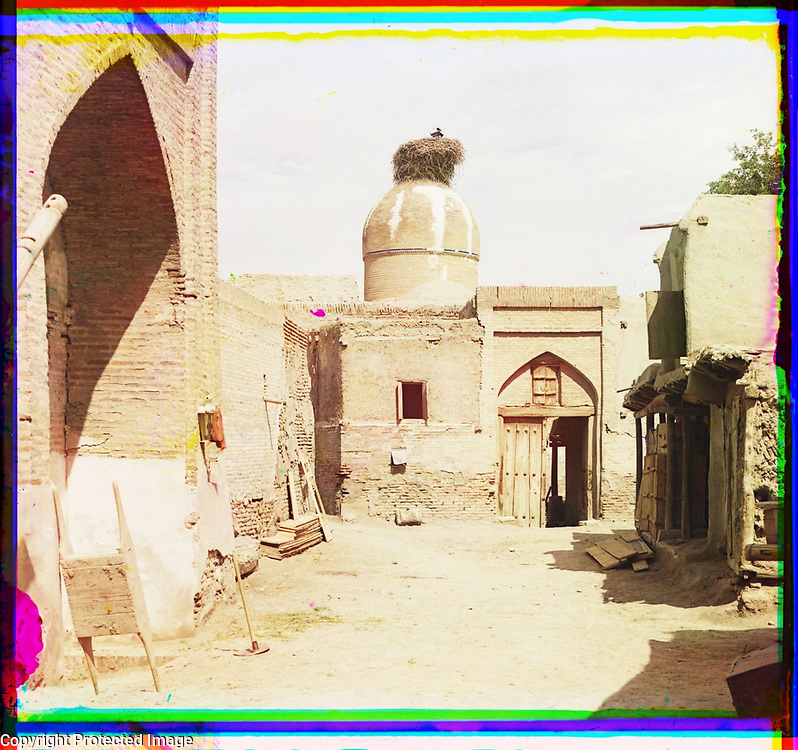