1905
Cotton was an essential raw material for the large textile mills of the Russian Empire, which underwent rapid industrialization in the late 19th-early 20th century. Russian authorities made concerted efforts to find areas in the empire that were warm enough for the cultivation of this crop. Shown here is a cotton field, probably located on the Mugan Steppe in present-day Azerbaijan. This area of the eastern Caucasus was acquired by Russia from Persia in 1813 under the terms of the Treaty of Gulistan. Bounded on the east by the Caspian Sea, the Mugan Steppe was a semi-arid region that depended on irrigation for the use of its fertile soil. The image is by Russian photographer Sergei Mikhailovich Prokudin-Gorskii (1863–1944), who used a special color photography process to create a visual record of the Russian Empire in the early 20th century. Some of Prokudin-Gorskii’s photographs date from about 1905, but the bulk of his work is from between 1909 and 1915, when, with the support of Tsar Nicholas II and the Ministry of Transportation, he undertook extended trips through many parts of the empire. 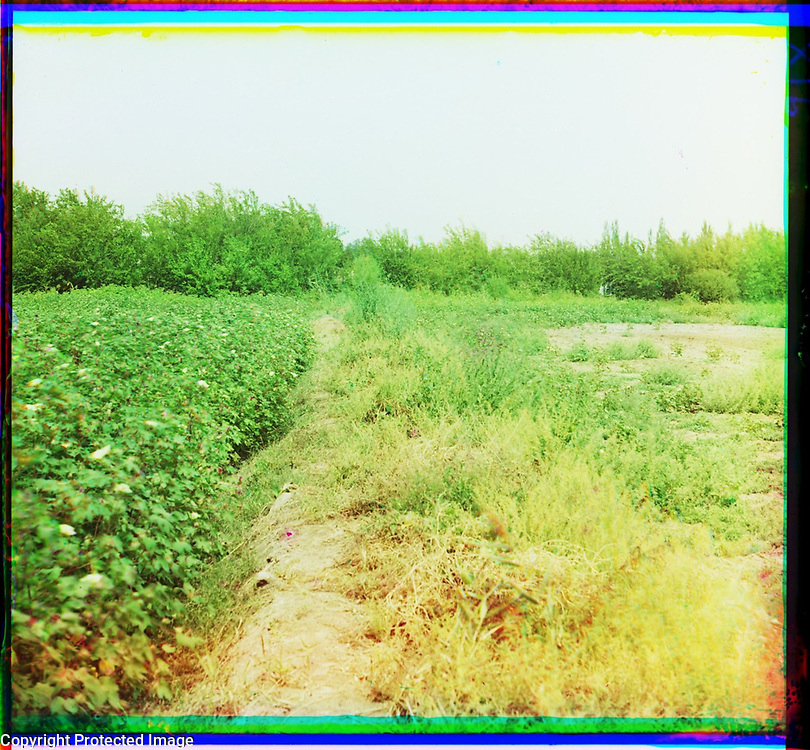