Recipients of the Cross of Saint George, Awarded with the Highest Military Honor. For Action near Kiatgy Kurgan from May 27 to 29, 1868: Professional Soldier Mikhailov; Private Valiuk,... 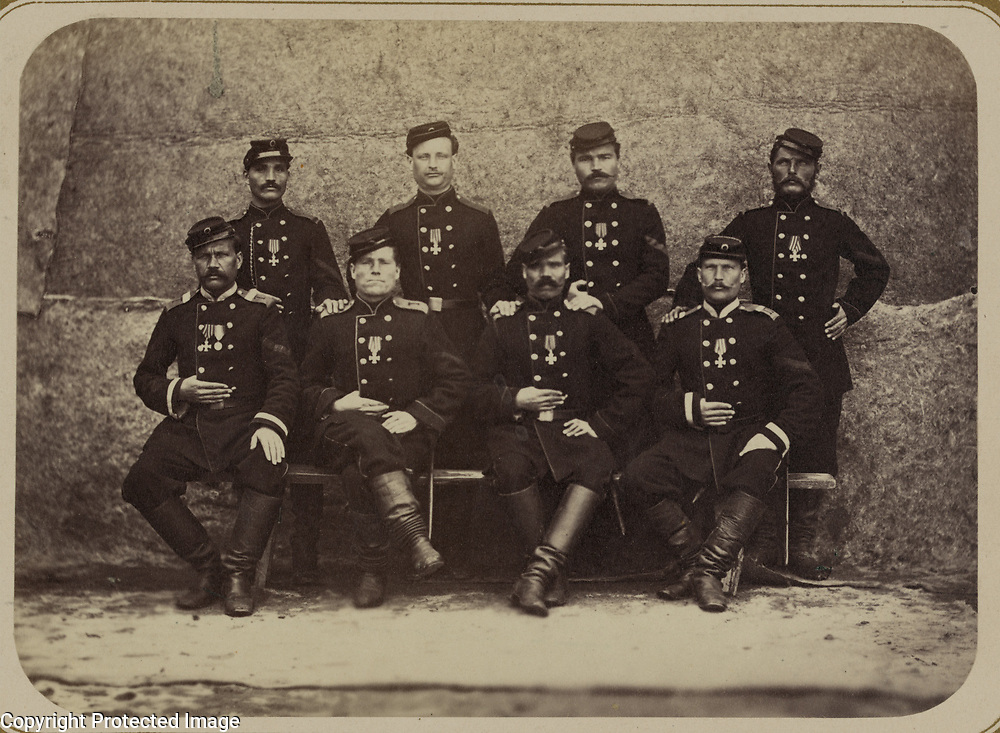