1905
This photograph shows the train station in Farab, in the southern part of present-day Kazakhstan, near the border with Uzbekistan. The town of Farab is on the right bank of the Amu-Darya (Oxus) and on the Trans-Caspian Railway (also called the Central Asian Railway) that follows the path of the Silk Road through much of western Central Asia. The railway was built by the Russian Empire in the late 19th-century to facilitate its commercial and military expansion into Central Asia. The image is by Russian photographer Sergei Mikhailovich Prokudin-Gorskii (1863–1944), who used a special color photography process to create a visual record of the Russian Empire in the early 20th century. Some of Prokudin-Gorskii’s photographs date from about 1905, but the bulk of his work is from between 1909 and 1915, when, with the support of Tsar Nicholas II and the Ministry of Transportation, he undertook extended trips through many different parts of the empire. In 1911 he made two trips to an area of Central Asia then known as Turkestan (present-day Kazakhstan, Turkmenistan, and Uzbekistan), where he photographed Islamic architectural monuments as well as Russian development of the area. 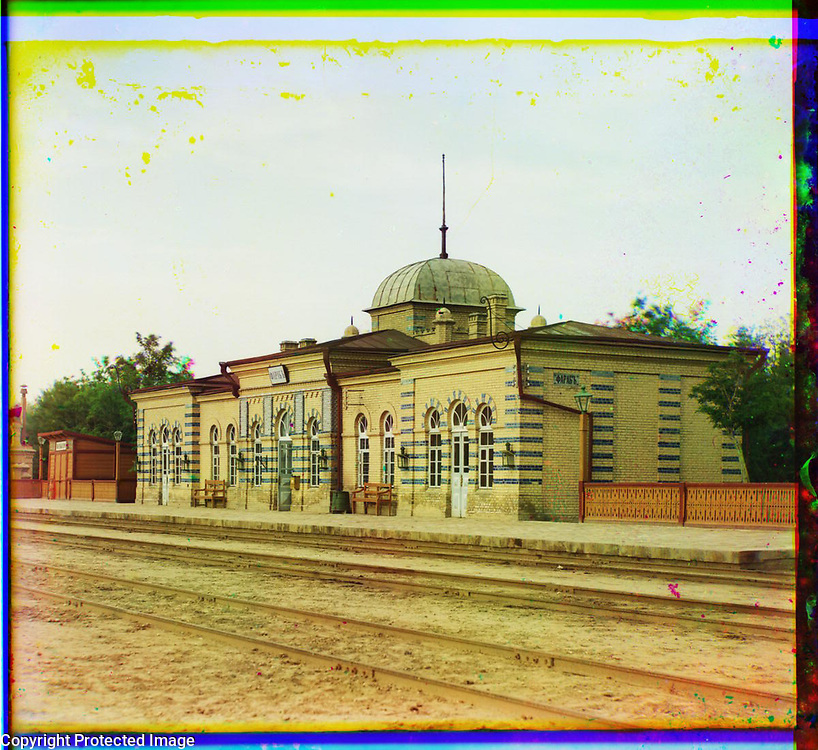