1868
This photograph of the Madrasah of Shaybani Khan in Samarkand (Uzbekistan) is from the archeological part of Turkestan Album. The six-volume photographic survey was produced in 1871-72 under the patronage of General Konstantin P. von Kaufman, the first governor-general (1867-82) of Turkestan, as the Russian Empire’s Central Asian territories were called. The album devotes special attention to Samarkand’s Islamic architectural heritage. Muhammad Shaybani, subsequently known as Shaybani Khan (1451-1510), was the founder of the short-lived Shaybanid Uzbek dynasty. In 1500, and again in 1505, he captured Samarkand from the Timurid ruler Babur. Shaybani Khan was killed in 1510 at the battle of Merv with the Persian Shah Ismail I. His headless body was returned to Samarkand for burial. The madrasah (religious school) founded in his honor included a courtyard enclosed on three sides by a one-story cloister of cells (khujras) for scholars. A segment of the roof vaulting of these khujras is visible in the lower right of this view. In the center is a raised plot with stone sarcophagi in some disarray. On the left is the courtyard facade of an entrance structure with its own arcade. Nearby is the ruined mausoleum of Kuchkunji Khan, successor to Shaybani Khan. In the background is a warren of courtyards and houses of sun-dried (adobe) brick whose flat roofs are supported by wooden beams. 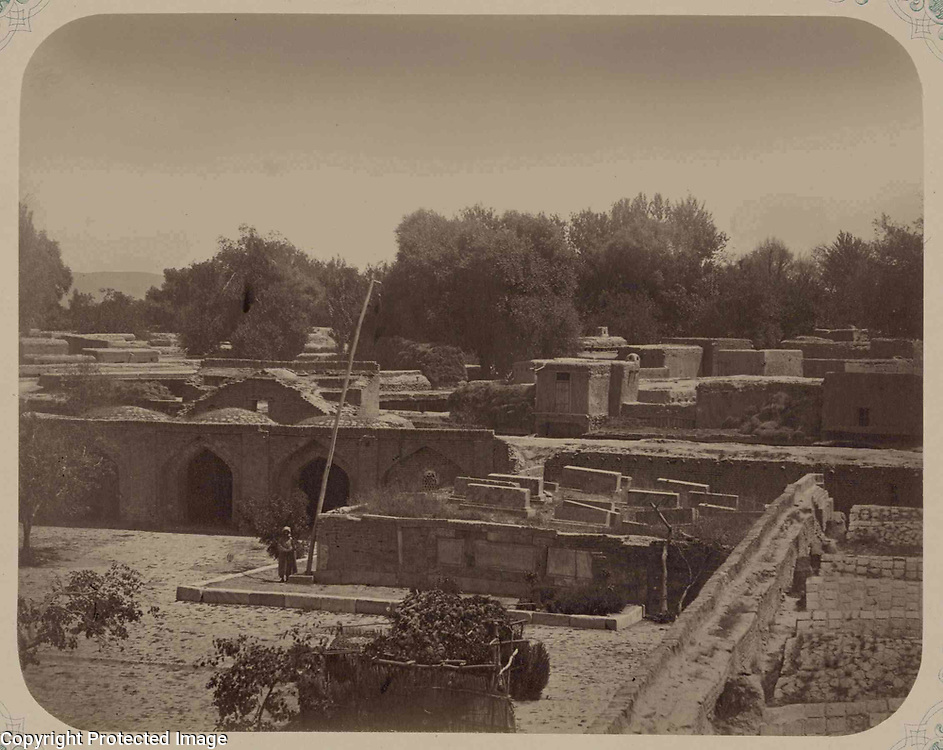