Recipients of the Cross of Saint George, Awarded with the Highest Military Honor. For the Capture of Chimkent on September 19, 1864: Lieutenant N.L. Konopel'skii and Second Lieutenant T.S. Samoilov 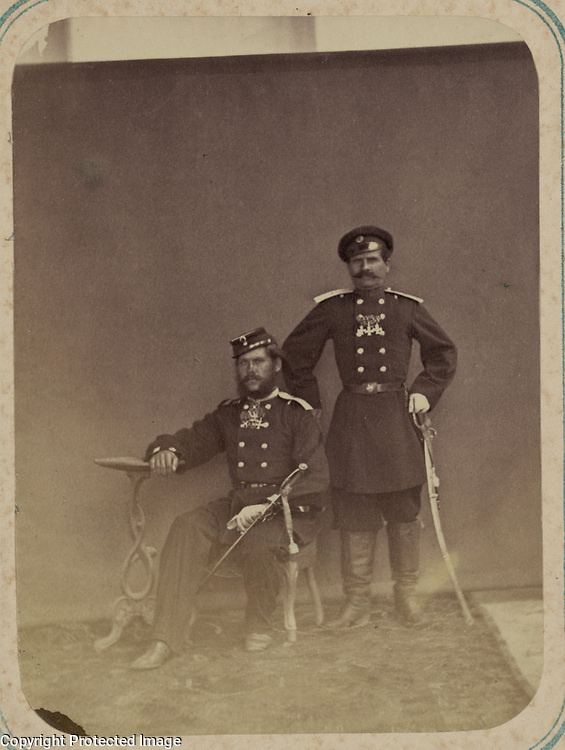