Adobe Buildings along a Vegetated Stream

1905
This remarkable photograph shows adobe houses and the high walls of courtyards along the Siab (“black water”) River, on the northern outskirts of Samarkand. Low walls line the road on the right. Poplar trees are grouped along the riverbank and the horizon. The Siab River also runs near the ancient settlement of Afrasiab, which existed at least 2,500 years ago. Archeological excavations have found a number of valuable artifacts, indicating a high level of culture and prosperity. The image is by Russian photographer Sergei Mikhailovich Prokudin-Gorskii (1863–1944), who used a special color photography process to create a visual record of the Russian Empire in the early 20th century. Some of Prokudin-Gorskii’s photographs date from about 1905, but the bulk of his work is from between 1909 and 1915, when, with the support of Tsar Nicholas II and the Ministry of Transportation, he undertook extended trips through many different parts of the empire. Prokudin-Gorskii was particularly interested in recently acquired territories of the Russian Empire such as Turkestan (present-day Uzbekistan and neighboring states), which he visited on a number of occasions, including two trips in 1911. Turkestan appealed to him not only for its Islamic architecture but also for scenes from traditional life in cities such as Samarkand, which was taken by Russian forces in 1868. 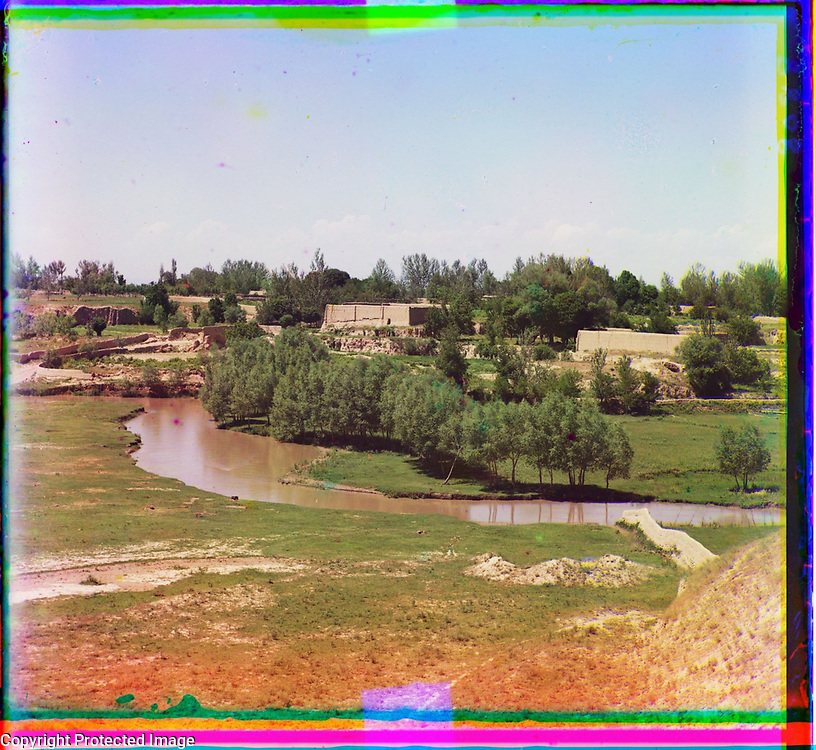