Example of Mosaics on the Walls in the Home of a Wealthy Sart. On the Outskirts of Samarkand

1905
According to the caption, this decorated interior is in a suburban house belonging to a wealthy Sart. In the late 19th century the term “Sart” referred not only to town dwellers, but also to the inhabitants of this area from before the coming of Uzbek tribes in the 16th century. The lavish decorative work displays floral bouquets, as well as botanical motifs and astral patterns formed by a complex system of intersecting lines. The owner of such a richly decorated house presumably belonged to a member of the local elite favored by the Russian administration. The ornamentation resembles that in the Sitora-I Mohi-hosa Palace built for the emir at the turn of the 20th century. The image is by Russian photographer Sergei Mikhailovich Prokudin-Gorskii (1863–1944), who used a special color photography process to create a visual record of the Russian Empire in the early 20th century. Some of Prokudin-Gorskii’s photographs date from about 1905, but the bulk of his work is from between 1909 and 1915, when, with the support of Tsar Nicholas II and the Ministry of Transportation, he undertook extended trips through many different parts of the empire. Prokudin-Gorskii was interested in recently acquired territories of the Russian Empire such as Turkestan, which he visited several times. During two winter trips, in January 1907 and February 1911, he photographed scenes of local life in Samarkand (present-day Uzbekistan). 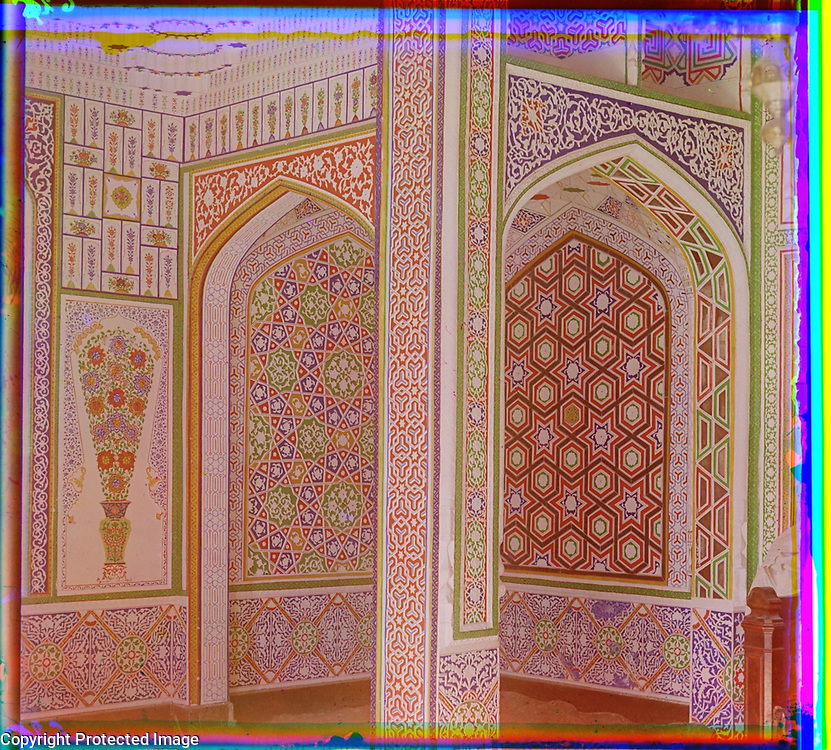