Zeravshan Okrug. Palanquins of Saint Musa Khan Preserved in the Mosque of Saint Makhdum Azam in the Village of Dakhbit

1865
This photograph of a palanquin (sedan chair) from the Makhdum Azam mosque in the village of Dakhbit (Uzbekistan) is from the archeological part of Turkestan Album. The six-volume photographic survey was produced in 1871–72 under the patronage of General Konstantin P. von Kaufman, the first governor-general (1867–82) of Turkestan, as the Russian Empire’s Central Asian territories were called. The village of Dakhbit was located in Zeravshan District (okrug), formed as part of the Russian Empire in 1868 when Russian troops occupied the eastern part of the Khanate of Bukhara (in present-day Uzbekistan). By the end of 1868 the area around the town of Pendzhikent (Panjakent, now in northwest Tajikistan) was added to the district. By 1871 the district absorbed fiefdoms in the upper reaches of the Zeravshan River, a tributary of the Amu Darya. (Samarkand is the most prominent of historic cities on the Zeravshan.) “Dakhbit” is considered a Tajik toponym in an area inhabited by both Uzbek and Tajik peoples. The palanquin, shown here, belonged to the Musa Khan, a revered religious leader. It was a type of human-powered, wheel-less transportation consisting here of an enclosed space for seating and long poles that were supported by porters. 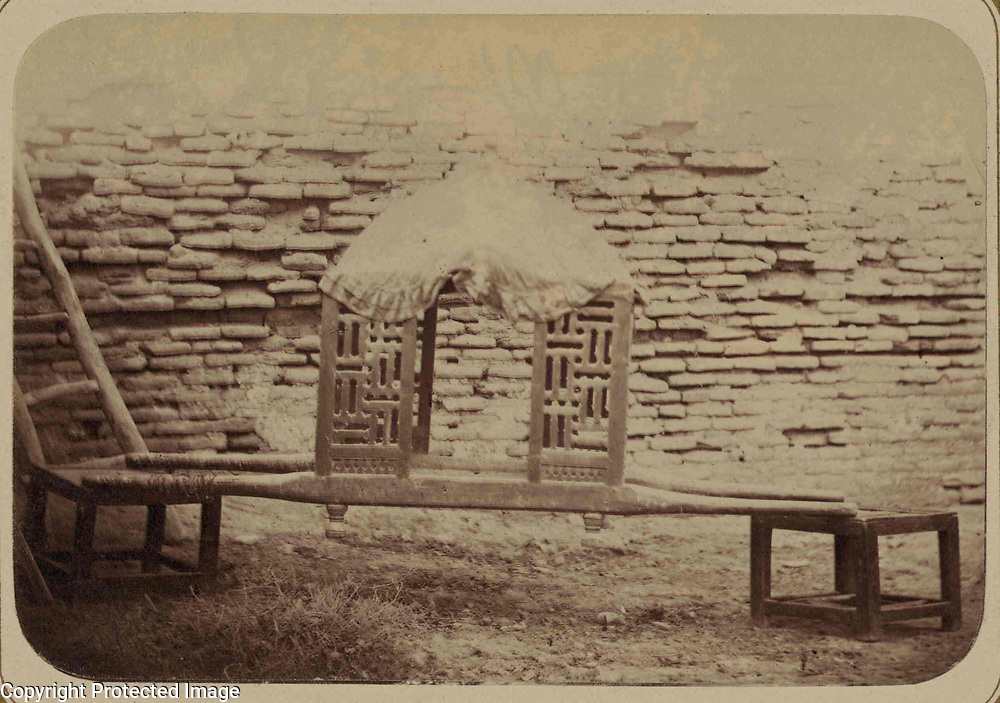