1969
By 1969 the buildings and bazaars around the Amir's mausoleum were demolished to make way for Zarnegar Park which took its name from a beautifully decorated buildings, also leveled at this time where an Anglo-Afghan Treaty had been signed in November 1921 at the conclusion of the Third Anglo-Afghan War. Since then an immense mosque way out of proportion to the space it occupies was built during the Taliban era. Also a railing encircling the park counters the purpose for which the park was intended. Crowded central Kabul needs a green space for leisure. 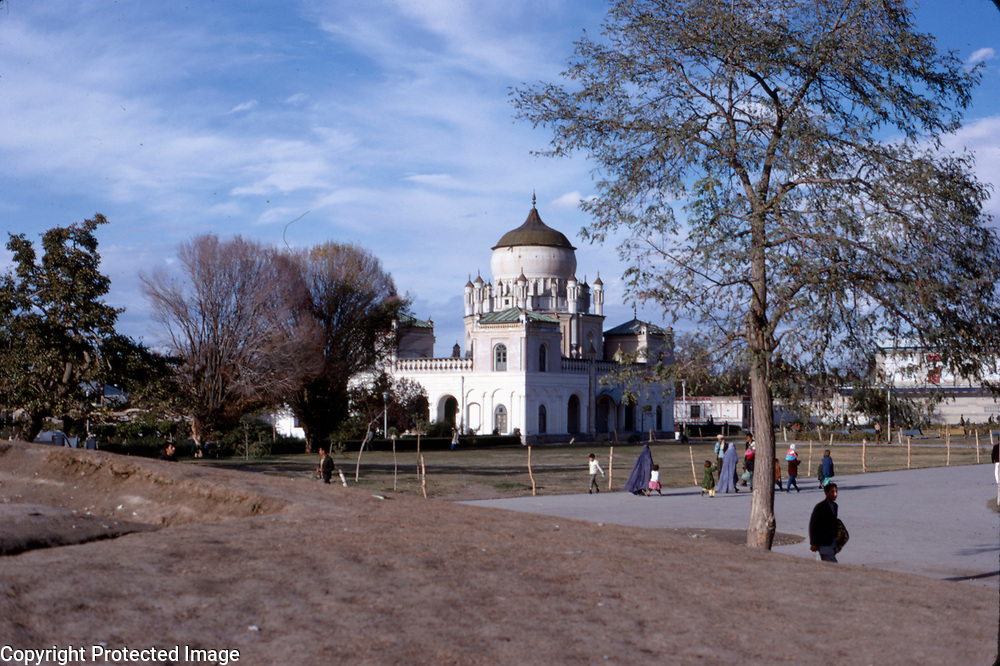