1865
This plan, section, and elevation of the Bibi Khanym Mosque in Samarkand (Uzbekistan) is from the archeological part of Turkestan Album. The six-volume photographic survey was produced in 1871-72, under the patronage of General Konstantin P. von Kaufman, the first governor-general (1867-82) of Turkestan, as the Russian Empire's Central Asian territories were called. The album devotes special attention to Samarkand’s Islamic architecture, such as 14th- and 15th-century monuments from the reign of Timur (Tamerlane) and his successors. Built in 1399-1405 with the spoils of Timur’s victorious campaign in India (fall of 1398 to January 1399), the ensemble was designated the city’s main mosque. It is also traditionally named in homage to Timur’s senior wife, Sarai Mulk Khanym (bibi meaning “lady” or “mother”), who was apparently the daughter of a Chagatai khan. The ruler intended it to be one of the largest mosques in the Islamic world, and no effort was spared in its construction and decoration. In addition to the mosque, the ensemble contained a madrasah, a mausoleum, and a grand entrance structure to the courtyard, as well as four minarets (only one of which survived at the time of the Russian conquest). The entire ensemble, and especially the mosque, has suffered major seismic damage over the centuries. The surviving wall masonry is here indicated by red outlines. 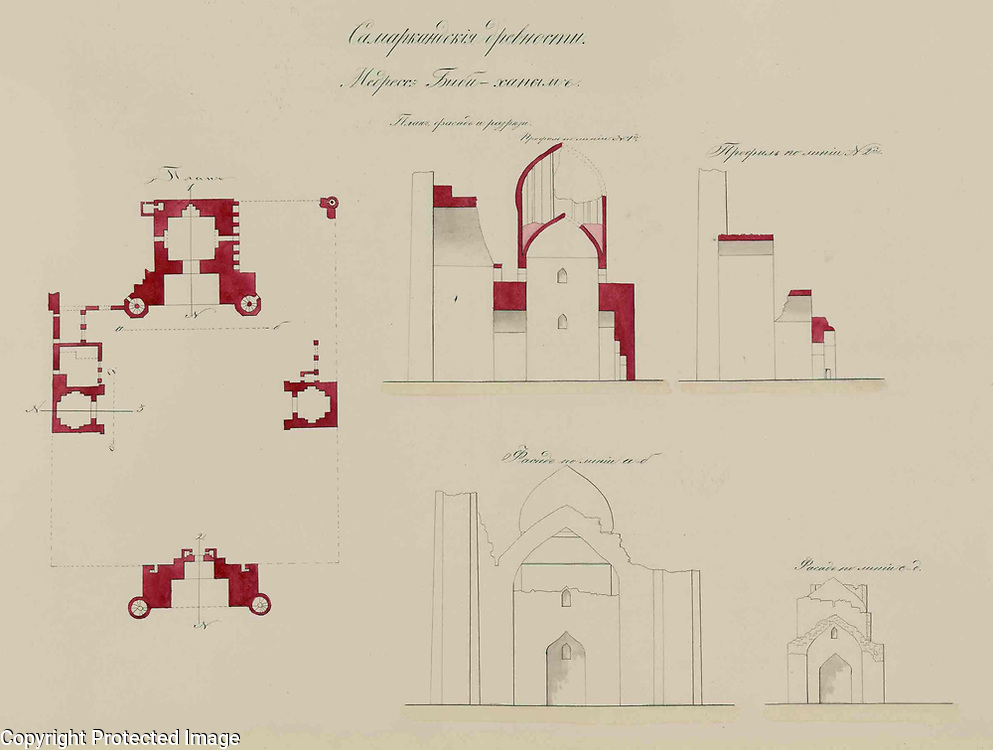