Adobe Buildings and Yurts, Field in Foreground, Trees in Background

1905
Shown here are new structures of adobe brick within an oasis grove at the Tekin settlement, located near the town of Bayramaly (present-day Turkmenistan), not far from the ruins of the ancient city of Merv. To the right is a group of mounds that appear to be dwellings, as well as the ruined walls of an old adobe structure. The earth in the foreground is parched, but fertile when irrigated. The nearby town of Bayramaly, in Mary Province on the railroad from Ashgabat to Tashkent, was known in the Russian Empire as a climate spa. The image is by Russian photographer Sergei Mikhailovich Prokudin-Gorskii (1863–1944), who used a special color photography process to create a visual record of the Russian Empire in the early 20th century. Some of Prokudin-Gorskii’s photographs date from about 1905, but the bulk of his work is from between 1909 and 1915, when, with the support of Tsar Nicholas II and the Ministry of Transportation, he undertook extended trips through many parts of the empire. Prokudin-Gorskii was particularly interested in recently acquired territories of the Russian Empire such as Turkestan (present-day Uzbekistan and neighboring states), which he visited on a number of occasions, including two trips in 1911. His work there reveals a dual purpose: to illustrate progress and development as a result of Russian settlement, and to record the monuments of traditional Islamic culture. 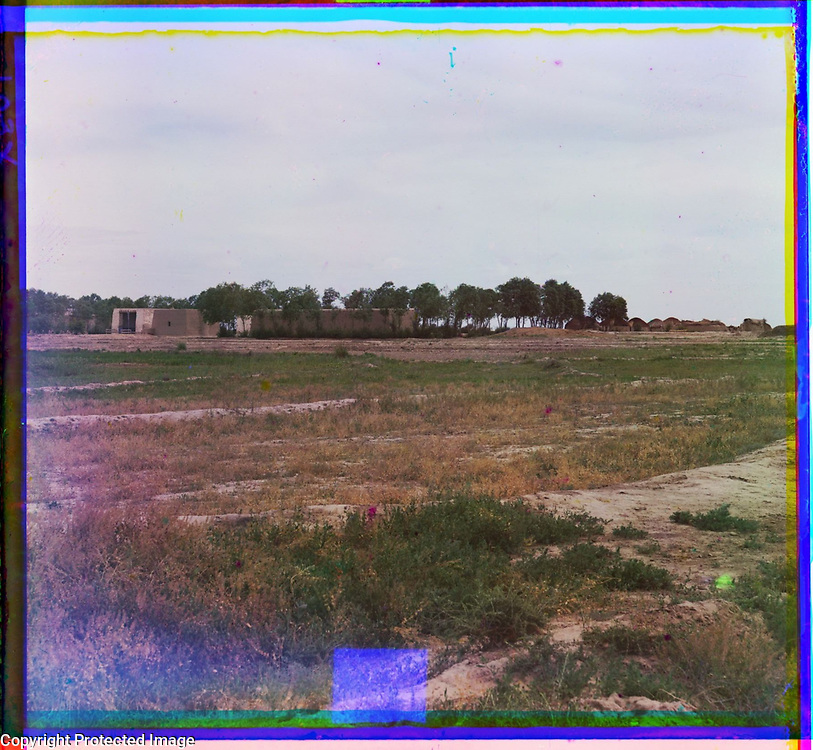