Zeravshan Okrug. Inscriptions above the Door Leading Toward the Crypt of Saint Makhdum Azam in the Village of Dakhbit

1865
This photograph of polychrome inscription tiles above the portal leading to the crypt of the holy Makhdum Azam in the village of Dakhbit (Uzbekistan) is from the archeological part of Turkestan Album. The six-volume photographic survey was produced in 1871–72 under the patronage of General Konstantin P. von Kaufman, the first governor-general (1867–82) of Turkestan, as the Russian Empire’s Central Asian territories were called. Dakhbit was located in Zeravshan District (okrug), formed as part of the Russian Empire in 1868 when Russian troops occupied the eastern part of the Khanate of Bukhara (in present-day Uzbekistan). By the end of 1868, the area around the town of Pendzhikent (present-day Panjakent, in northwest Tajikistan) was added to the district. By 1871 the district had absorbed fiefdoms in the upper reaches of the Zeravshan River, a tributary of the Amu Darya. “Dakhbit” is considered a Tajik toponym in an area inhabited by both Uzbek and Tajik peoples. The creation of shrines at the graves of revered religious figures was a widespread practice in Central Asia. In some cases the shrine could be an imposing mausoleum (mazar) or a pilgrimage center (khanaka). Although the tiles are in a state of disrepair, they still show the remarkable intricacy of late medieval ceramic work in the Bukhara area. 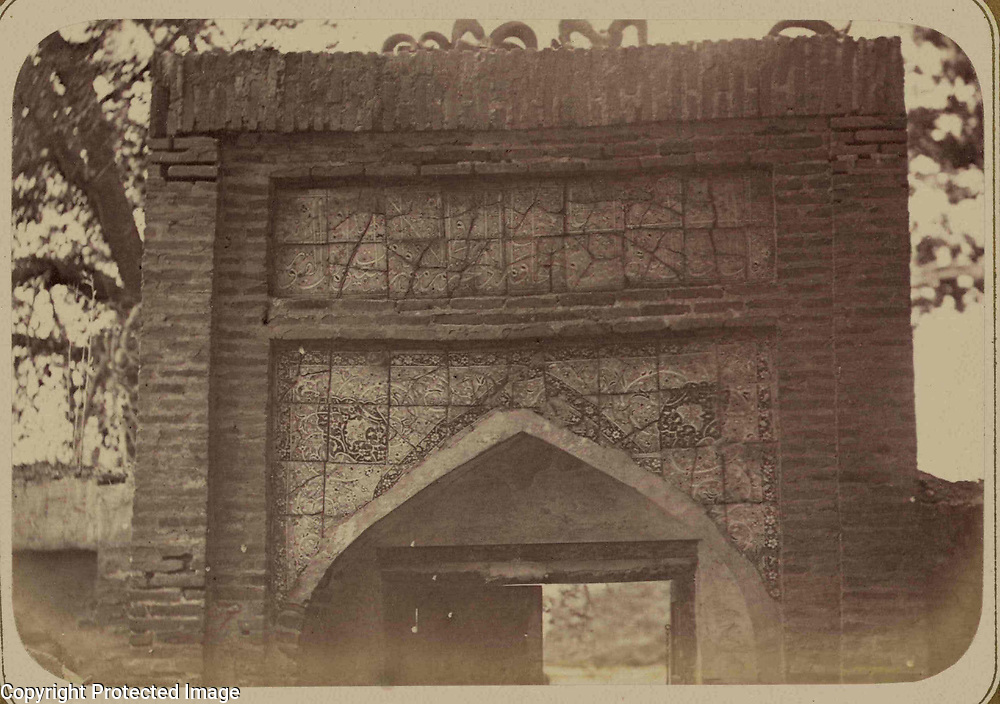