May 1974
The village of Paghman sits on the banks of a crystal-clear river in the mountains some 20 kilometers west of Kabul at an altitude of 2200 meters. The 16th century Moghul Emperor Babur rightly described it as "the most desirable place in Kabul". City folks picnicking under willows and cherry trees would heartily agree. Paghman cherries, originally introduced by the Emperor from his homeland in Fergana in Central Asia, are especially delicious. 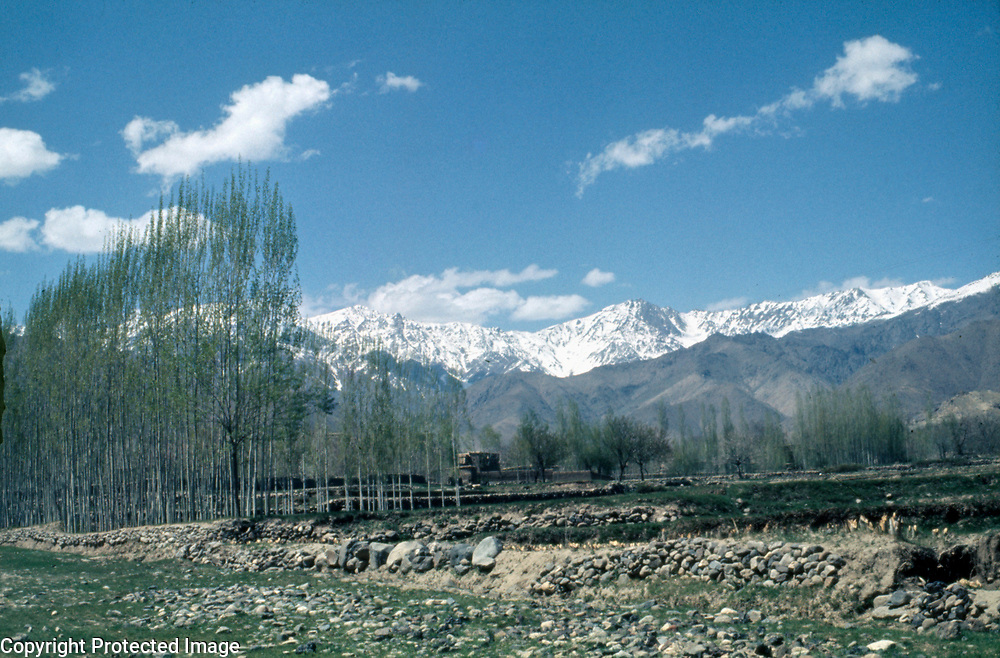