1905
This autumn view of a lane in the old part of Samarkand has a timeless quality. The houses and courtyard buildings are of adobe brick covered with mud or stucco. People sit in the warmth on the sunny side of the lane. A group of three turbaned men are seated in the center, next to a pile of melons and a sheaf of bulrushes. On the left a youth in a red cap and patterned robe rides a pony toward a tilted rack spread with a type of fiber—perhaps raw wool being aired. Another youth peers around the corner of an adobe building. There is some blurring of the figures due to the long exposure time required to make the photograph. The image is by Russian photographer Sergei Mikhailovich Prokudin-Gorskii (1863–1944), who used a special color photography process to create a visual record of the Russian Empire in the early 20th century. Some of Prokudin-Gorskii’s photographs date from about 1905, but the bulk of his work is from between 1909 and 1915, when, with the support of Tsar Nicholas II and the Ministry of Transportation, he undertook extended trips through many different parts of the empire. He was particularly interested in recently acquired territories of the Russian Empire such as Turkestan (present-day Uzbekistan and neighboring states), which he visited in 1907 and twice in 1911. Turkestan appealed to him not only for its Islamic architecture but also for scenes from traditional life. 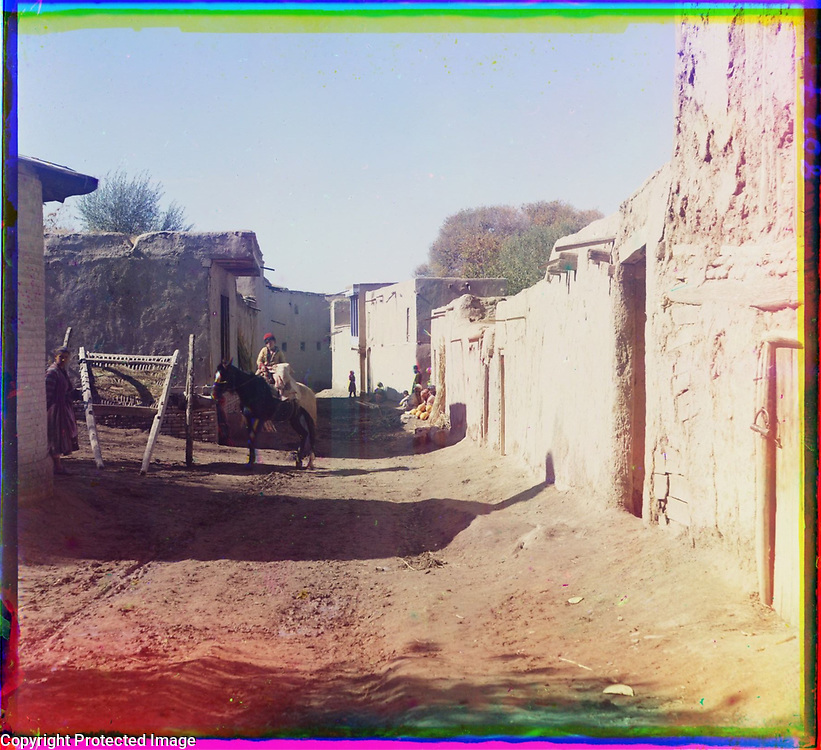